My experience of hospital during a mental health crisis

Faith is a freelance journalist who writes mainly about social issues, inequality and injustice. Here she describes her experiences of being in hospital during a mental health crisis, and why she is supporting our Stand For Me campaign to improve mental health services in Wales.

This page is also available in Welsh.

When I took an overdose in August last year, I can’t say whether I truly wanted to die, or whether it was a cry for help. It was probably a confused combination of the two.

Sadly, I felt like the only time the mental health system took me seriously was when there was physical pain inflicted on my body. When I told doctors and counsellors that I was suicidal, words hadn’t been enough. In a system which is at breaking point, where mental health professionals are making life or death decisions daily, words are rarely enough.

Due to limited resources and capacity, there’s a fine-line between who gets help and who doesn’t, and staff are constantly working on a risk-assessed basis. As somebody who looked OK, expressed themselves well, and managed to drag themselves out of bed to go to work, previously I hadn’t fit the bill for more serious intervention.

There had been months of build-up to the overdose: continual doctor’s appointments, counselling sessions, self-harm, regular increases to my anti-depressants. I said repeatedly that I didn’t want to live, but it never felt like anyone was listening. I’d even had conversations with friends about it, yet it seems, no one thought I would actually do it. I think even a part of myself doubted I could ever do it.

I didn’t want to go to hospital – especially not in the middle of a pandemic when the news was flooded with stories of the NHS at breaking point. Because of the pandemic, nobody could come in with me to A&E, and no one could visit me.

Anybody who has ever been in hospital will know it’s a bleak place to be. But being there when you can’t have somebody wait with you or even come and visit you – especially during a mental health crisis – is overwhelming and isolating to a completely new degree.

I didn’t expect to be in hospital for long, I had no spare clothes with me, and not even a charger, so by the morning my phone was dead and I couldn’t speak to any family or friends. I’d never been in hospital overnight before.

The nurses in A&E told me I had to wait for a psychiatrist, but that one wouldn’t be available until the morning. The psychiatrist didn’t come at 9 am as I was first told, just a doctor who came a couple of hours later and told me I couldn’t go home until the medication was out of my system.

I was continually told different things by different staff members. One would tell me I could go home in the morning, then another would say I couldn’t. I was only there for two days, but the uncertainty – coupled with the fact that I had no phone charger – made it feel like weeks.

I was constantly aware of the fact that I was in hospital for a mental illness, not a physical one. When an old man asked me what was wrong, I lied and said something else. I think this alone underlines the stigma that still exists around depression. How could I tell an old man, who was in hospital, that I had overdosed to end my life? I couldn’t find the words.
I felt this stigma throughout my stay. Perhaps it wasn’t always intentional, but more so a case of staff not knowing what to say to me or how to act around me. After all, I could get up, wash myself, feed myself, I wasn’t in any physical pain. I felt out of place on the ward, and selfish for taking up a bed.

But there were times when I felt I had been pushed to one side for this reason. I didn’t have a pillow for the whole time I was in hospital, and when I eventually built up the courage to ask for one, a nurse said there weren’t any, and brought me a pillowcase filled with scrubs.

There was also a case when the drip in my arm had been left in a lot longer than necessary – it had cut my skin and started to bleed. I told a nurse and she said she’d be back to help me, but she never returned.
I try to take these experiences as indicators of the amount of pressure staff were under, but I think in my frame of mind at the time, these little things made me feel ashamed to be there, even though doctors wouldn’t let me go home.

On the second morning of being in hospital, I was told I would finally see the psychiatrist. At this point, I didn’t even care, I just wanted to go home. It turned out my appointment would be with a mental health nurse, and it happened to be the same nurse who I’d seen less than a year earlier when I’d ended up in A&E feeling suicidal and severely depressed.

We had to have the meeting in a storeroom cupboard as there were no consultation rooms free. This wasn’t ideal, as staff members would come in to get something and the nurse had to barricade the door to stop people from interrupting the meeting. It turned out that the mental health nurse remembered me, and specifically asked to see me when she saw my name in the system.
I could sense that she felt some regret because she hadn’t referred me to secondary mental health services the year before – I’d just been given a few counselling sessions on the NHS. This time, she promised I’d get the help I needed – she would refer me to a psychiatrist, and they would look at a proper diagnosis and perhaps give me a combination of medications, she said.

The psychiatry referral wasn’t immediate. I rang my GP after hearing nothing for months, and then the letter came 3-4 months later. The appointment proved to be helpful in some ways, but strangely, rather than accept more medication, I started to go the other way.
I started to strongly doubt that the medication was helping me, I was even a little worried it was making me worse. I decided to reduce my dose, which is a very gradual process and something I’m still working on due to the side effects.

I started counselling with Mind, which helped me recognise some of the things that helped me – like running – and some of the things that didn’t. Counselling didn’t cure me, but it gave me tools to have better control over my emotions. It made me able to breathe more easily and feel a little bit lighter.
In the end, I started to completely lose faith that anybody else was going to be able to help me, and I guess in some ways, this is a positive thing because it almost forced me to take control over my depression. But I’m also acutely aware that my situation could have very easily spiralled out of control – as it does for so many others who are neglected by the system.

A desperate need for change

I am supporting Stand For Me as there are currently a lot of gaps in mental health services in the UK, and sadly, there are millions suffering. We are losing people every day because they’re either too afraid to ask for help, or they’ve asked for help, and no one has heeded their call.

If mental health professionals are in a position when they’re having to arbitrate who is worthy of help and who isn’t, there is something very seriously wrong. It shouldn’t take physical pain or danger for somebody to be listened to.

Mental illness is diverse and manifests in very different ways. For some people, it can be very obvious, but for highly functioning individuals it is less so, and it is often these people who slip through the cracks.

We also need a far more holistic approach to mental health within our NHS. Staff members shouldn’t be tiptoeing around patients because they haven’t been trained in how to talk to someone who is depressed or suicidal.

There’s also clearly a grey area where people who have moderate mental illness – where it’s clearly effecting their day-to-day life but they’re not completely pushed to the brink – are being neglected. If they don’t receive help, it’s likely their mental health will only worsen – and the consequences of that could be fatal.

Faith is supporting our Stand For Me campaign to hold the Welsh Government to account on its mental health commitments.

Join our campaign or find out more. 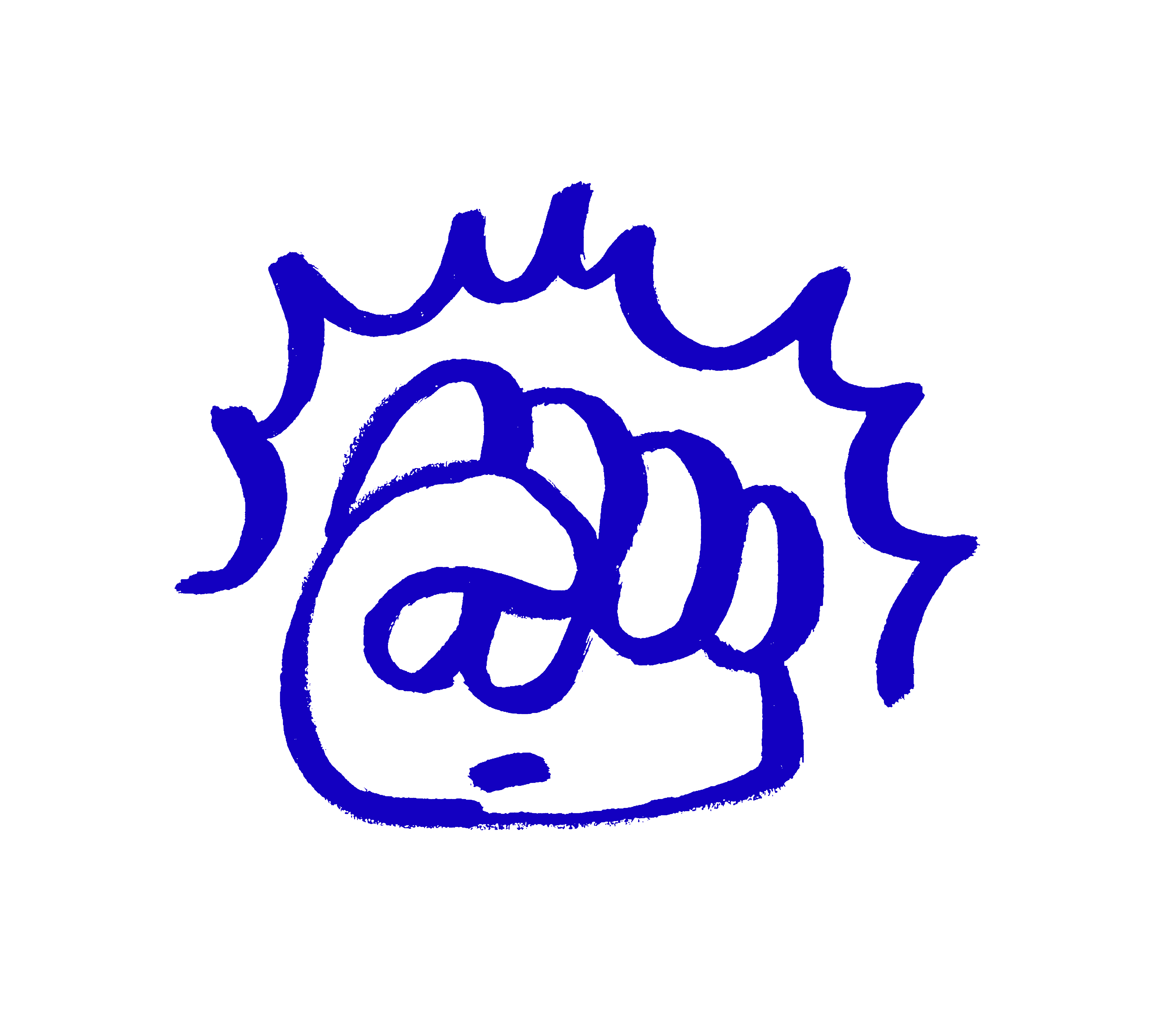 Talking can save lives

Talking can save lives. I know you've probably heard this before, but please, if you're feeling low, or anxious, or even happy, what have you got to lose by sharing it?

How going to A&E helped me

Caroline blogs about how a visit to A&E helped her to realise she needed help.

My body comes with a trigger warning

Seaneen blogs about living with the scars of self-harm.
More similar stories
arrow_upwardBack to Top