PTSD and the ambulance service

Ambulance worker Dan shares his experience of PTSD and why he's part of a team walking for six days to raise money for Mind's Blue Light Programme. 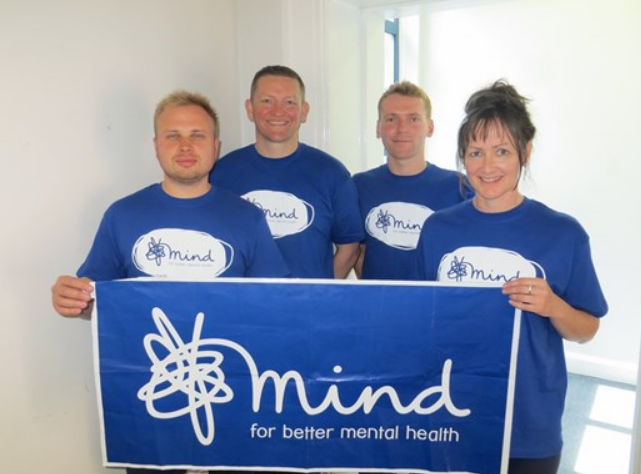 I’ve been working in the ambulance service for 11 years. I started off in the control room, taking 999 calls and dispatching ambulances. I’ve now been on the road for 6 years.

I like my job because we’re out and about, doing something different every day. No two days are the same. I also enjoy the social aspects of the job, laughing and joking with colleagues on the station.

It can be hard though. We’re getting busier and busier, and it does put a big strain on everybody. We’re often doing 12 hour shifts, and we work long periods without breaks. When I first started the job it was more manageable – there was time between jobs to reflect on things, talk to your colleagues and prepare yourself and your ambulance for the next job. These days not so much.

My mental health issues started about a year and a half ago. We went to a job that involved child abuse. It was awful. We did everything that we could, but unfortunately we weren’t able to save the child.

Initially after the job, I felt low, but I wasn’t drastically affected by it. It was about 24 hours later that thoughts started running through my mind. I couldn’t shake the image of the child from my head.

At work, I wasn’t acting like myself anymore; I wasn’t socialising as much with colleagues, and generally not interacting with people. It affected my home life too – it made me a grumpier person, and my patience was a lot shorter. It even started to affect my sleep, and I found myself having nightmares about it.

I’ve seen some pretty horrific things in the job – but of course different jobs affect people differently. I think it was the fact that I’ve got similar aged children myself. That’s why this job hit me so hard.

At the time, the mental health support at work wasn't as well-developed as it is now and I didn't know where to access support. So I ended up going to my own GP and they referred me to the in-house counsellor.

I was eventually diagnosed with post-traumatic stress disorder (PTSD). I spent about four months off work, and had counselling throughout that time. Doing that, and having time for reflection, helped me a lot.

Talking to my peers has also been a massive help. It helps me realise that what I’m going through is normal, and that many people experience things like this from time to time.

I now feel back to my full self, and I feel like a stronger person for it. I mean it’s still sometimes in the back of my mind, but I know how to handle it now.

In the ambulance service, we like to have this feeling that we’re bulletproof, and sometimes you can feel a bit ashamed to admit that there’s something wrong with you.

"But we’re humans, not robots, and I want people to know that they shouldn’t be afraid to talk and seek help if they need it."

So I set up the Blue Light Walk with three other colleagues to try and reach teams in a different way. On the 25th September a group of us from the ambulance service will embark upon a six day walk from Scarborough in the East Coast of England, passing through numerous cities, towns and villages, calling in at police, fire, ambulance and search and rescue stations across the country.

The walk will finish six days later in Blackpool on the West Coast of England. During the walk we will be raising funds for Mind's Blue Light Programme and spreading the word about this excellent charity and the support it offers to emergency service staff and volunteers.

When we set up the walk we didn't envisage it being as big as it is now, it goes to show a real thirst amongst emergency services staff to challenge stigma and improve the way we view mental health. We are hopeful that going forward we will be able to continue this work organising events around the country to enable staff to work together to achieve our goals.

This walk can't be underestimated; its going to take determination to complete - but its for a charity that is very close to my heart.

Richard, a firefighter and advocate for Mind's Blue Light Programme, shares his story.

It takes a long time to change a culture

Police Officer Becky blogs on changing workplace culture around mental health in the emergency services and the impact of her work as a Blue Light Champion.

Regie blogs on his experience of mental health problems & raising awareness with his 999 colleagues.

Why mental health support is so important for Welsh police

Rhiannon works for the Welsh police. She shares her experience of mental health problems, how her job affected them and why support is vital in the emergency services.
More similar stories