Georgie - mental health and the police

Georgie blogs on her experience of depression, stress and anxiety whilst working in the police service.

I always look back at three significant events from 2015 and early 2016 which led me to seeking help. Though these events were triggers, it is apparent that I have been suffering for over 15-20 years. I have always been a high achiever and as a result I have put myself under continuous pressure to succeed.

"I have a fear of failure, due to the demands which I place on myself. I have been described as having an ‘A’ type personality where I strive for perfection."

Early in 2015, I went through IVF treatment; unfortunately, things did not work out. Instead of myself and my partner dealing with it, talking through things and grieving, we both ploughed ourselves into our work. For me, I wanted to get promoted to Inspector and that became my focus. I had already passed the exam, but wanted to prove myself for the board process. I also became obsessive with exercise and began taking part in cycling events and triathlons as I knew I could do well and accomplish in those events and they were giving me a sense of achievement and self-worth. They were a distraction for the hurt and pain I was going through.

As 2015 progressed, myself and my partner began to drift apart and the relationship ended a week before Christmas. I could not handle this. I became withdrawn, I did not want to see or speak to anyone and even spent Christmas on my own as I did not want to face the world.

"In fact, it was a work colleague who I had confided in that saved my life on Christmas eve. I had serious thoughts of ending it."

In work, I still presented myself as ‘the happy smiley George’. Whilst people said I looked tired I did not want people to know how broken I was. Why? Because I was going through a promotion process; I had been promoted to Temporary Inspector and things in work were going well for me. I did not want to drop the professional image. 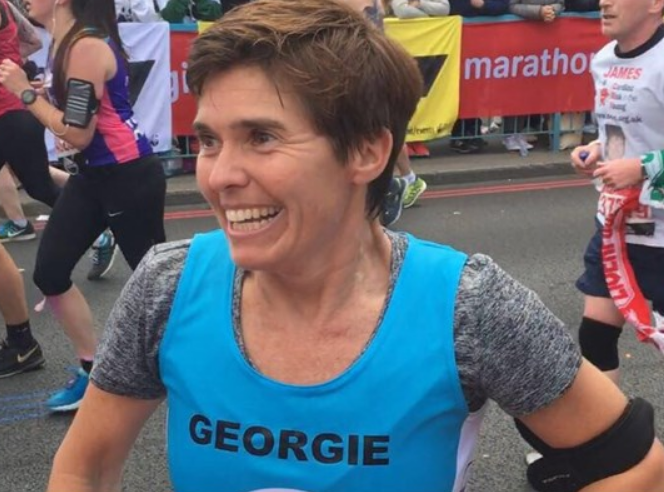 I made the decision to seek help from my doctor. I made the appointment as I was physically tired. I did not see what was mentally happening to me. It was during this first GP appointment that everything came out and I literally just sobbed for 30 minutes. I remember arguing with the GP who told me not to go to work the following day. I wanted to go as I did not want to be seen as a failure or weak so I ended up going. It was midday when I finally said to my line manager that I had to leave. That was 13 months ago.

"I still get down days and I recognise this. I am now more equipped to deal with how I feel and I have become better at talking about it. It’s so important to talk to someone."

It was the best thing I ever did. There is no shame in suffering a mental illness and there are people out there who want to and can help.

I have a fantastic network of friends and family who now understand and are there for me. I use exercise as a therapy and walking my puppy; both of which have saved my life. To work in the emergency services is stressful enough without the added extra of bottling things up.

Speaking up has now become my therapy and I have become passionate about encouraging other people to do this. This is one of the main reasons why I signed up to take part in the BBC documentary ‘Mind over Marathon’.

I'm proud to say on national television “I am a Police Officer, and I suffer from a mental illness”.

There should be no stigma and barriers; the more people open up, the more these barriers will be broken down.

David, a paramedic, writes about his experience of mental health problems and his plans for helping other front-line personnel.

Ed explains how he's using his experience of depression to help other police officers.

Police call handler Helen shares the experience that set her on a path to change attitudes towards mental health.

John talks about his own experience of mental health problems, and his activities and achievements as a champion for peer support.
More similar stories