Dom blogs about taking on 31 dares in 31 days to raise money for Mind. 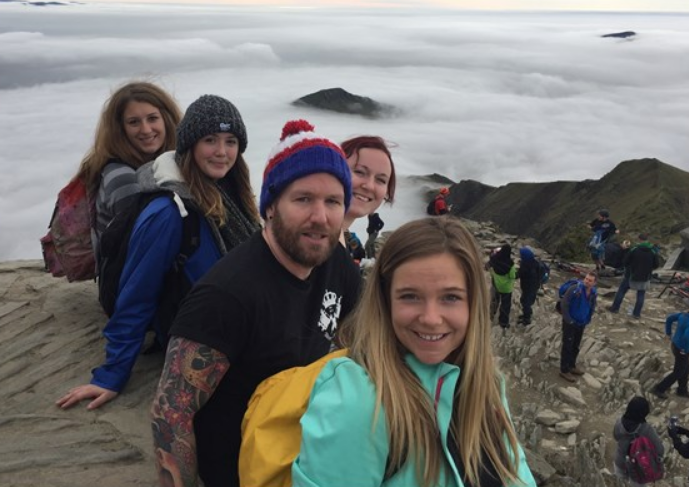 I’ve suffered with anxiety and panic attacks for 10 years now. I wanted to help people by showing them that life does improve and you can do what you want whilst suffering with mental health problems.

It’s taken me a long time and a lot of baby steps to get to a stage in my life where I can tell myself that my panic attacks are part of me, but only that and nothing more and that it doesn’t define me as a person. I speak openly about my struggles and my experiences with anxiety and panic attacks because not only does it help me but it might also help others who suffer in silence.

I came up with the idea of DareDomDonate as I wanted to not only find a way of raising money for Mind but I also wanted to do something visual to show people that you can push yourself, raise awareness and at the same time make it fun as it doesn’t always need to be dark and depressing.

My plan was to do a dare a day throughout the month of October and to use social media for people to dare me with a donation pledge. I film myself completing the dare and then once I have uploaded the video to YouTube/Facebook the donation gets paid.

I started off by bleaching my hair blonde. I wanted to do something visual because mental health isn’t visual and people can’t see the suffering that goes on in your mind – I wanted people to ask about my hair so that I could tell them about DareDomDonate.

I was then approached by Mind to do a skydive if I could raise £430, which was raised within nine days. I had very mixed emotions about it as I have a fear of flying and heights. I saw this as my ultimate dare because I was going to be battling everything to achieve it. What I have learnt over the years is that panic attacks and anxiety pass but achievements live on, so I was determined to do this to show people that yes I do suffer, it’s ok to suffer and it’s ok to be scared as at the end of it you can achieve something truly remarkable.

I thought jumping out of a plane would have be my hardest dare, but then day 30 surprised me"

Over the course of 31 days I played golf dressed as a parrot, ate cat food twice, walked across hot coals, spent the day dressed as a Disney princess, had the Mind logo tattooed on myself, took a free keep fit class in fluorescent clothing, ate a jar of marmite, baking challenges and waxed my legs to name but a few, and I also did six interviews on local radio and TV.

I thought jumping out of a plane would have be my hardest dare, but then day 30 surprised me.

For my thirtieth dare, I headed to mount Snowdon with a group of girls from work. It was a very clear day and after a large breakfast at our hostel we started on what was a seven-hour-plus round trek. The views of the mountains and lakes were something else. The first hour or so was fine as it was flat, but then we reached the bottom of the climb.

Half way up and sat on a ledge, I was feeling very anxious and my fear of heights had started to kick in. I could feel my panic attack growing and I couldn’t move from the spot I was in. It was another 50 minutes climb to the top. I told the girls to go on as I wanted to turn back. I sat on that ledge for 15 minutes arguing with myself in my head. My heart was telling me to keep going but my anxiety was telling me “you can’t do it, it is not safe, run away”. I started walking back down but then stopped and thought I am supposed to be showing people that you can push through your fears and not to let mental health take over your life.

"Being half way up a mountain isn’t something you can run away from easily."

I decided that I would continue climbing on my own and just get to the next ledge. I sat on the next ledge shaking and really feeling scared. Being half way up a mountain isn’t something you can run away from easily. I continued my climb really pushing myself through my anxiety until I reached the top. The girls were there to greet me and they were very happy to see me. It was a great feeling and the view from the top was its own reward.

Since completing my dares I have received some really nice messages from people who suffer and they have told me how my dare videos have inspired them. For that reason I have decided to continue with my dares and also meet some people to interview them about their mental health journeys, as the more people who talk about it the less of a stigma it becomes and the more awareness is raises. 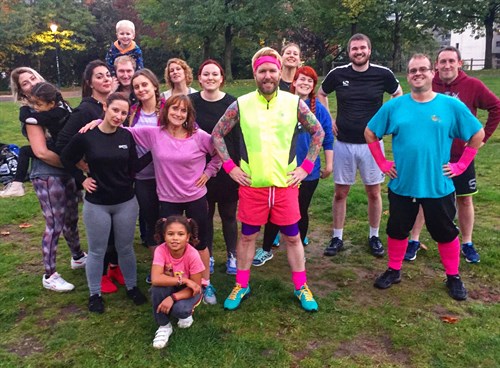 As it stands I have raised £2,733.51 and I was informed by Just Giving that I was in the top 3% of highest fundraisers during October.

When I came up with DareDomDonate, I couldn’t have imagined the journey that I was about to take. Not only the money I’ve raised, but the conversations I’ve had, the media attention I’ve received and my own personal journey of challenging myself and my mental health to its limits.