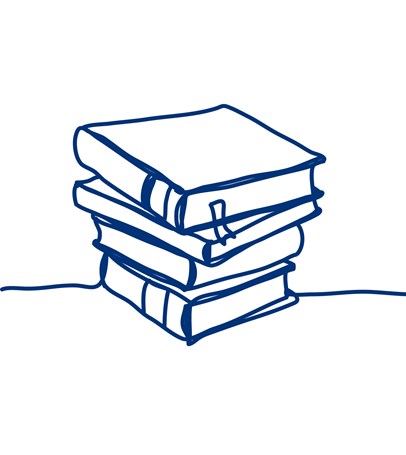 Public attitudes and intended behaviour related to mental illness are improving but there is still more work to be done according to a new report commissioned by the anti-stigma programme Time to Change and published by the charities behind the campaign, Mind and Rethink Mental Illness.

The research, which is funded by the Department of Health and conducted by TNS, brings together nearly two decades worth of data (1994 to 2012) looking into the adult population’s (16+) perceptions of people who experience mental health problems.

In the latest 2012 report, which surveyed 1727 people, trends show that women’s attitudes towards people with mental health problems have improved more rapidly than those of men since 1994. There are also differences by age, and as people get older they show increasing understanding and tolerance of mental illness, while younger people show the lowest levels of wanting people with mental health problems to be socially excluded.

The data shows that acceptance of people with mental health problems taking public office and being given responsibility has grown, and attitudes towards integrating people into the community have generally improved since 1994. There has also been a marked increase in the number of people saying they know someone close to them who has had some kind of mental illness (increasing from 58% in 2009 to 63% in 2012).

However, the latest survey also shows that some attitudes are not significantly improving. Over a third (35%) of people still agree a typical description of a person who has experienced a mental health problem is someone who is prone to violence. This has gone up by 6% in the last decade.

On the whole, understanding and tolerance is shown to be generally high over the 18 year period and of the statements that were asked in the survey, some have improved but a few have also dropped back. There was a 4% drop in agreement with statements including ‘people need to adopt a far more tolerant attitude toward people with mental illness in our society’ and ‘people with mental health problems have for too long been the subject of ridicule’.

Results around integration into the community have improved between 1994 and 2012, but some have improved more strongly than others. For example, 83% of people agreed that ‘no-one has the right to exclude people with a mental illness from their neighbourhood’ (up from 76% in 1994).

Other concerning results show that over half of people said they would feel uncomfortable talking to an employer about their mental health and this has risen from 50% in 2010 to 55% in 2012. Similarly, whilst the majority (64%) of people say they would feel comfortable talking to a friend or family member, the proportion saying they would be uncomfortable increased from 22% in 2011 to 27% in 2012.  The report suggests that there may be ‘a greater anxiety about discussing mental health problems with friends and family, and with employers, in the current time of economic uncertainty’.

Once again, in 2010 more questions were added to the survey to tie in with the official evaluation of the Time to Change campaign and respondents were asked if they could recall Time to Change advertising. Those who were campaign aware answered more favourably to a number of statements including being more likely to talk to a friend or family member about their mental health, feeling more comfortable to talk to an employer and recognising that they know someone close with a mental health problem.

Overall, according to the Institute of Psychiatry analysis of this data, there was a 1.3% improvement in attitudes of the general public between 2011 and 2012. Intended behaviour also improved by 1.6% in the same year.

It’s encouraging to see the progress we are making in changing the attitudes and intended behaviour of the general public. It’s particularly positive to see that people are more willing to live, work and continue a relationship with someone who has experienced a mental health problem than they were in 2009. However, we know that we still have a long way to go and it is saddening to see that the myths surrounding people with mental health problems and violence are still prevalent. We’ve seen real progress but we know to change social norms permanently and significantly this needs long term continued effort and investment.”

“It’s great to see that overall, mental health stigma is decreasing every year. This really matters because it means more people will feel able to be open about their mental health and won’t have to suffer in silence. We are concerned however that the number of people linking mental illness to violence has gone up. The mistaken belief that violence is a symptom of mental illness is one of the biggest myths and it’s hugely damaging, especially for people with severe mental illnesses like schizophrenia.

“As a society, we often only ever discuss schizophrenia in the context of a crime being committed, which creates a totally distorted view of the illness and fuels stigma. This week is the first ever Schizophrenia Awareness Week, which we hope will help to share understanding of this much misunderstood illness and help the public understand the reality behind the headlines.”

Sue Baker, Director of Time to Change, which is funded by the Department of Health, Comic Relief and Big Lottery Fund, said:

“It’s positive to see that people’s attitudes towards those of us who have a mental health problem are moving in the right direction but we know there’s still a long way to go. We’ve secured some great gains over the last 18 months, which shows how much things are beginning to change in the way that we perceive mental illness. For example, the four MPs who spoke in Parliament in June 2012 about their personal experience, the mental health seasons that major broadcasters ran this year and last, and the increasing amounts of people in the public eye using their position to raise awareness. Unfortunately, whilst we’re making progress we’re also working hard to counter some negative representations like the recent supermarket Halloween costumes, which reinforce the need to keep working to address stigma whenever we see it.”