The Making A Difference award is presented to someone in the media that sets the agenda and initiates change. The winners in this category have used their platform to share experiences that have helped a huge number of young people feeling less alone.

Presented by Victoria McDonald, the Making a Difference award was given to former Health Minister, Sir Norman Lamb, in recognition of his dedication to improving conditions for those with mental health problems in Norfolk. 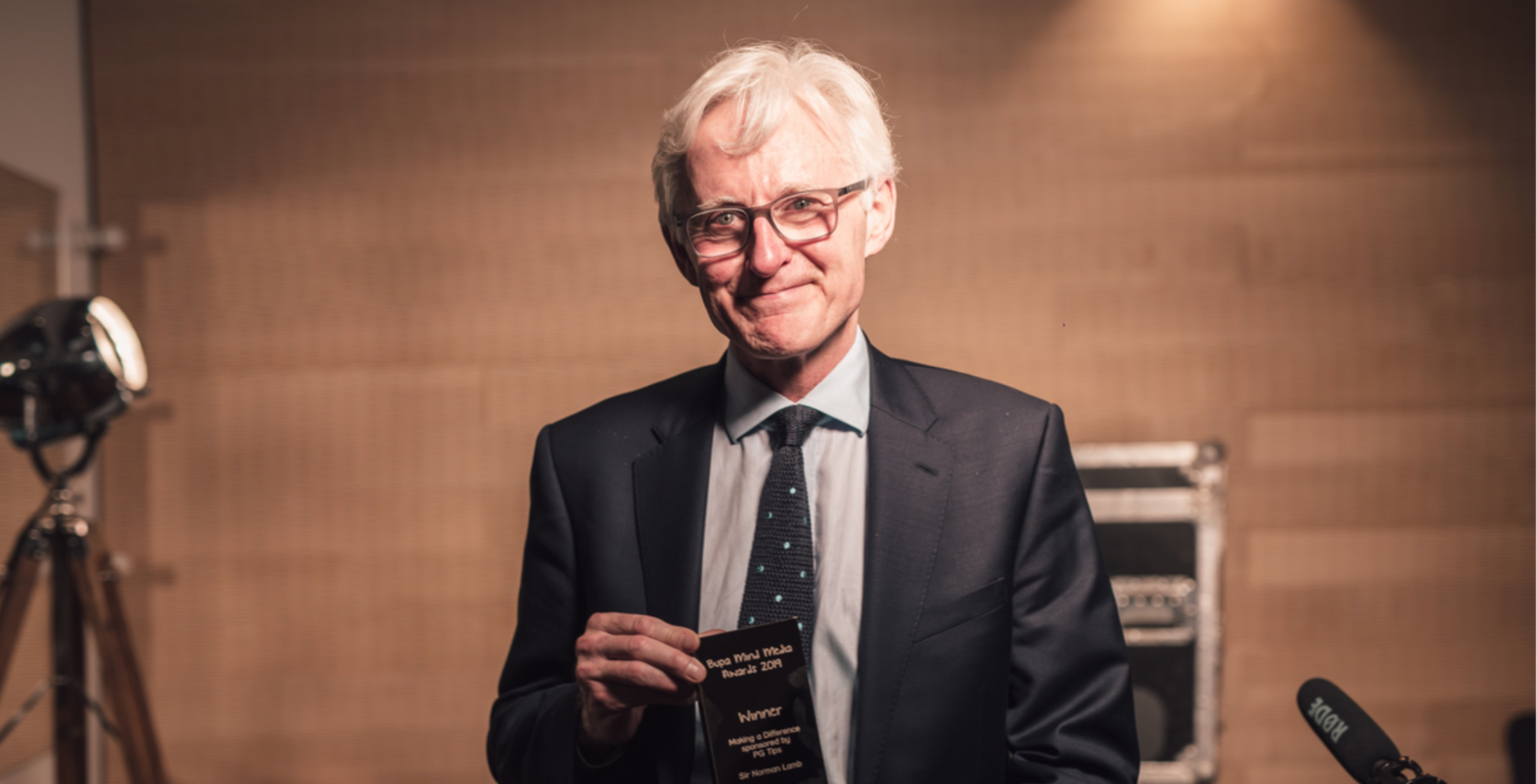 Until last week, Norman had been MP for North Norfolk for 18 years, and throughout that time he has been fighting for better mental health.

He has campaigned inside and outside of politics, locally, nationally and globally. After being appointed as minister, Norman started calling out the institutional bias that mental health faced within the NHS and government policy. Badgering peers and colleagues to ensure each government department signed the Time to Change pledge to tackle stigma and discrimination. Introducing the first waiting times and access standards for mental health, and moving mental health crisis care right to the very top of the political agenda, where he sought to build consensus across health services, police, local government, and everyone else in between, to improve services for those experiencing a mental health crisis.

Norman’s understanding of mental health also comes from his family’s own experiences. The distress of navigating his family’s way around the mental health system to get support for his son Archie who has OCD. And the devastation of losing his sister Catherine, who took her own life in 2015.

"I want to thank Mind. What a fantastic and vital organisation this is.

"I feel that during the period I was at the Department of Health I felt like I was on a mission, I was determined to achieve as much as I could. There is so much more to do. I believe this is a battle for human rights.

"We lock people up when we don’t need to lock them up. We use force, when we do not need to use force. We shuttle them around the country in search for a bed, when we would never do that for people with physical health.

"We cannot ever be complacent in pursuing that fight."