Becki Luscombe, (@DuckBeaki), died on September 27th 2014, aged 23. On Time to Talk Day, February 5th 2015, she was posthumously given a Deputy Prime Minister's 'Mental Health Hero' Award for her achievements. The following piece was written by Becki's parents, Richard and Sue.

'You must be very proud of her.'

We don't know how many times we've heard that since Becki died in September 2014 - and yes, we are proud, although we'd far rather Becki were still here to take that accolade herself.

When a death hits you that suddenly, every emotion sparks off with bewildering randomness, including emotions you never knew you had. It's like driving full pelt along a motorway, buffeted by unexpected gusts from left and right. A gust of pride from one side; a sudden gust of anger from another; and a head-on wind that threatens to stall you with exhaustion.

'It does get better.'

Hmm, that was a popular one too. Yet it came from people who had each lost loved ones prematurely and, as it turns out, they were right. The sharp edge of pain becomes a little blunter; the incessant, recycling toothache of regrets and memories throbs a little less; and your detached, unreal vision of the world assumes a little more normality. Without the countless people who simply listened while we talked, grief could easily have consumed us whole.

'I would be honoured.'

So, what about Becki? She was a vociferous campaigner for mental health, born out of her own mixed experiences. She had suffered ill health since the age of 12, when she was diagnosed with Chronic Fatigue Syndrome/ME. She had a promising future as a music student at Birmingham University, where she became extremely active in causes for equality and disability. However anorexia and worsening mental health, including periods in hospital, did not allow her to complete the course. She continued to live in Birmingham, but, without the prospect of long-term employment, had to face the challenges of living on benefits.

Whilst in Birmingham, she became involved in Time to Change, using it to challenge stigma and discrimination. She spoke at a Birmingham school and instigated a 'Time to Talk' Day at the university, encouraging openness about mental illness. Under the same banner she joined 'Laughing for a Change', which gave her confidence to address mental health issues through comedy. Soon the group was performing in clubs around the country, where Becki, "touched us all with her openness, intelligence and natural comic ability. The set she developed was one of the highlights of our project."

Then, in 2013, Becki’s campaigning work went national. When two supermarkets stocked offensive Hallowe’en ‘mental patient’ costumes, Becki started a successful Twitter campaign and inspired thousands of people to take part, directly leading the supermarkets to withdraw the costumes and make substantial donations to mental health charities. The charity Mind says that this was a turning point in mental health campaigning, when it first became abundantly clear that stigma would no longer be tolerated by the British public. Becki's contribution to this campaign was referenced in Norman Lamb’s Hallowe’en speech last October.

In 2014 Becki was selected to be a Voice of Mind, with her application standing out against hundreds of others. In this rôle she participated in two of Mind's videos, wrote blogs about her experiences and empowered others to speak out. In June the Voices were invited to a parliamentary meeting. There, in the words of Mind members, "We watched in awe as Becki opened up to a group of MPs, fearlessly challenging them to do more. For someone so young, the passion she showed was truly remarkable."

Becki always wanted to make the world a better place and her deep understanding was also informed by thorough research. As a friend said, "Becki had an enormous drive; against prejudice and any form of discrimination, and to break down the stigma of mental illness." Even in hospital she would befriend patients and tweet advice to others in similar situations.

As a caring friend, and an eloquent, witty and feisty ambassador for mental health we will all miss her greatly. She leaves an unfinished legacy, which we and her friends want to continue. It was her final wish that, "If my experiences can be used to further any cause, I would be honoured." 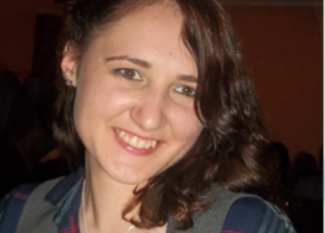 If you have been affected by Becki's story, please seek support from those around you, if you can. Our Infoline (0300 123 3393) is open from 9am to 6pm and can help you find support near you. If you need to speak to someone outside of these hours, you can call the Samaritans on 116 123.

Speaking out is the only way to end stigma

Pandora blogs about how important talking is to changing attitudes.

Throwing off the mask: it's okay to speak out

Jade blogs about why she agreed to take part in Mind's new photoshoot, and what it was like taking part.

Mental health problems don't discriminate and neither should we

Miranda blogs about her experiences and the need to challenge mental health stigma.
More similar stories