A Lunch for Anna

Margaret and her husband, David, came up with the idea of A Lunch for Anna to raise money for Mind's peer support services following the death of their daughter.

Margaret is retired from management in the Citizens Advice service, she now supports Mind when she is not pursuing her many hobbies. 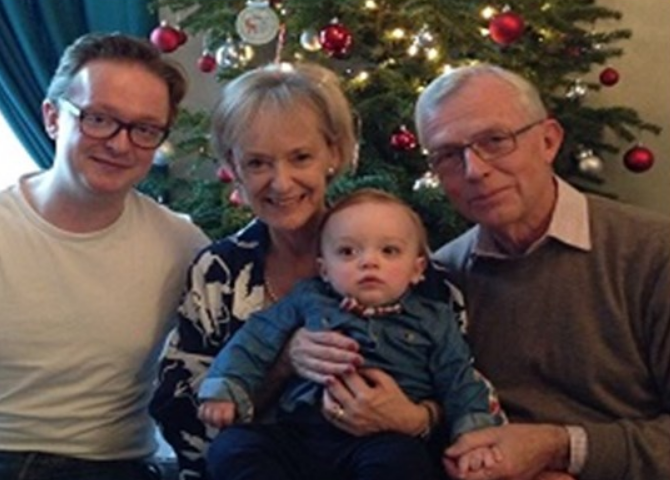 "The mind is a funny thing.   How do ideas get there?"

Our daughter Anna, took her own life 4 ½ years ago, after enduring a complex web of depression, alcohol abuse and difficult relationships for twenty years. Since then David and I have sponsored the Student Journalist of the Year award for Mind, as Anna was successful in the field of PR. We also organise one fund raising event a year for Mind in her memory. So what could be done in 2017...

I began thinking about this last Christmas. Anna would have been 41 this year and the number 41 stuck in my mind. Support for our grief from friends has always been important, and so I talked to Imogen Topliss, Mind’s Major Giving Manager, and heard about the peer support programmes Side by Side and Elefriends.

"An idea started to form, which has crystalized into A Lunch for Anna."

In January I started drawing up lists of friends: people I play bridge, tennis, went to school, and worked with (once upon a time). Parents from Anna and our son Tom’s school days, and Anna’s friends. I also listed those who have always said ‘yes’ to helping us on previous events.

I spoke to everyone individually and then wrote them an email asking them to hold a lunch before 10th July, which was Anna’s birthday. Donations or a suggested price are up to the host. Each host will be given leaflets about Mind, Elefriends, Side by Side, mental health awareness training (I am a Trustee of West Kent Mind, who hold regular awareness training courses in Sevenoaks, as well as plenty more training!). They will also get a bunch of imitation lily of the valley, some Mind balloons - for fun - and the link to Anna’s Mind Memory Page.

The best thing about A lunch for Anna has been the spin-off from people overhearing what is being arranged and asking if they can join in.  The original ambition of 41 lunches could well turn into 51 (maybe more!). People between the ages of 35 to 85 are likely to be involved, and total numbers are probably around 400+. Hopefully we’ll raise at least £3,000, with gift aid on top, to go to Mind.

My main ambition is that these social events will raise money for Mind’s projects that support those whose vital social life has been crushed by mental illness.