Trevor has a shirt in memory of Rhys, who took his own life.

I’ve been at Plymouth Argyle for just over ten years, but even before that I’m a born and bred Argyle fan, so I’ve always had a love of the club. In fact, it’s through the club that I got to know both Rhys and his mum, Sharon. Sharon also works at the club and Rhys has done jobs for me within the club over the years.

Quite out of the blue, about two years ago Rhys took his own life. The impact on his family was obviously huge, but it hit me hard too as I’d got to know his family well.

I’ve also experienced bereavement before and needed some support for it to move on from it, so I felt their pain.

The club were really supportive and, in fact, when the opportunity to fundraise for Mind came up, both I and one of the club directors signed up straight away. Fundraising for the challenge, Mind United: Trek the Peaks, seemed daunting but Sharon kindly put forward some of the money donated to her after Rhys’s death knowing it would go towards a good cause. By the time I took on the trek I’d managed to smash the fundraising target and got up to almost a thousand pounds.

But giving something back to mental health, when I’d received support for my own mental health, wasn’t the only reason I took on the trek. For me it was also about honouring Rhys’s memory. That’s why I approached the club about getting a specially printed Argyle shirt for me to do the trek in. Sharon wrote the wording for the back herself – ‘It was OK not to be OK.’ Wearing that during the trek was emotional. It brought feelings of both pride but also grief. I’m not going to lie, it was a difficult to come to terms with those different feelings, but I’m so glad I did it.

When I got back from the trek I presented the shirt to Sharon, but as grateful as she was for the gesture, she gave it straight back to me to say thank you for taking such a difficult time and making a positive out of it. I intend to get it framed at some point as it means the world to me. 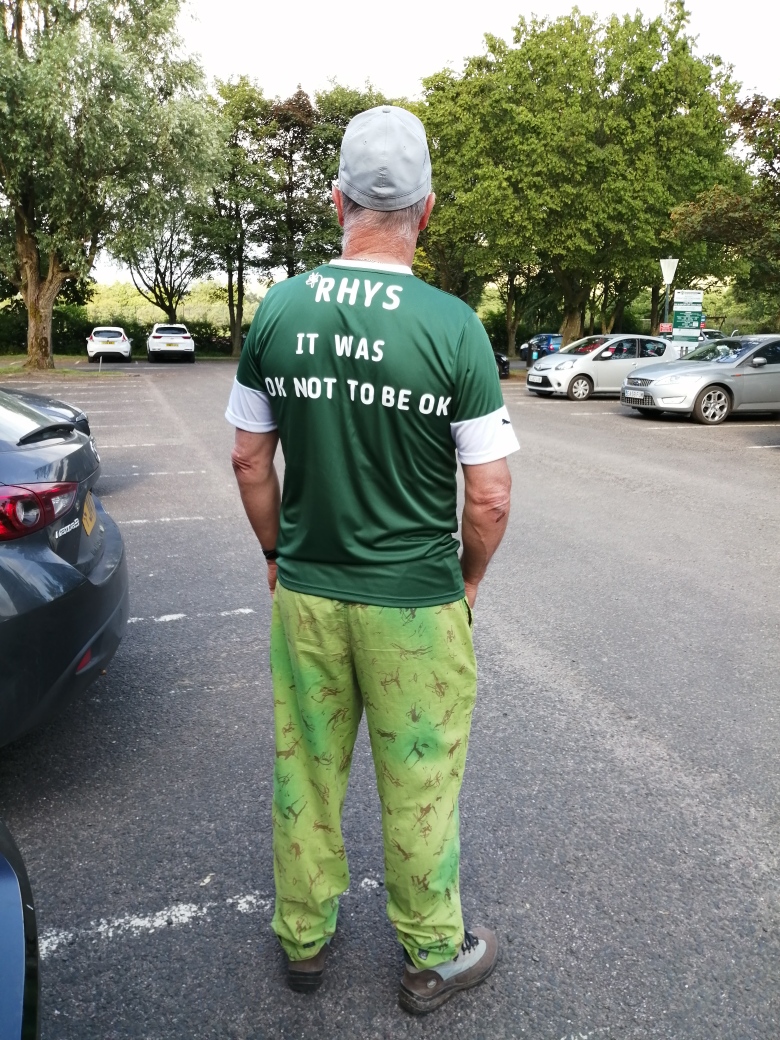 Therapy turned my life around

Dolly blogs about her successful therapy.

Martin from Mind blogs about how this week's budget could cost the mental health of this country dearly.
More similar stories