Raising awareness after my husband took his life

Clare blogs about losing her husband and the importance of raising awareness about depression. 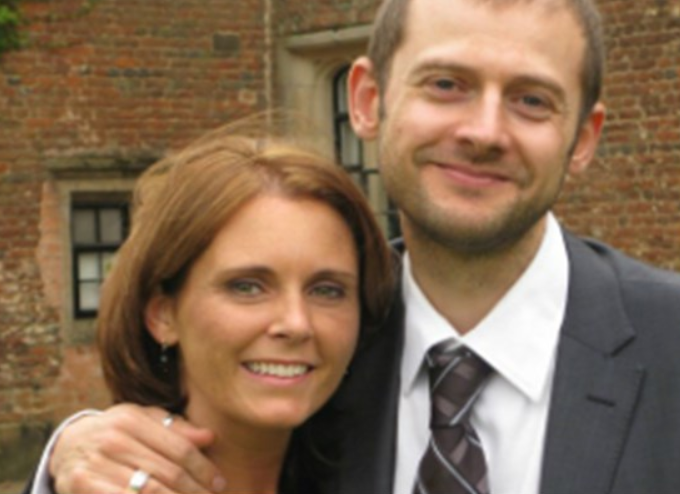 I can never imagine reaching the point where I would consider taking my own life.However, my husband did reach that point, and he made the same decision as Robin Williams. He took his life on March 2 2011. He was 36.

As you can imagine, my world fell apart that day and although I knew he’d been suffering with depression and anxiety for a long time – about 13 years – I never thought he’d do something like that. I mean why would he? He had so much to live for. He’d just been offered a fantastic new job; we had a lovely home and were hoping to start a family. And ironically, in the weeks leading up to his death he’d seemed the happiest and most relaxed I’d seen him for a long time. But I think that was part of the problem and that is why depression is such an awful illness.

To the outside world, to his friends, family and colleagues, his battle was a hidden one that none of them knew, or even suspected, he was fighting. I, along with the doctors, counsellors and therapists that he’d seen over the years, were the only people who knew Mark was ill. To everyone else Mark was one of the lads, incredibly successful at work (he was a PR and specialised in social media), a huge Evertonian and actively involved in the Labour Party. He was outgoing, fun, incredibly driven and seemingly confident. But all of that masked insecurity and a severe lack of self-esteem.

This is the case for so many people who suffer with depression. It is a hidden illness because unless you talk about it, it isn’t obvious that you are ill. Often it’s only when a person reaches crisis point, that others realise the severity of what is wrong, but in too many cases, like with Mark, by that time it’s too late because the course of action they have chosen to take is final.

If I’d have realised just how bad Mark’s illness was, of course I would have pushed him harder to let me do more to try and help, but I thought he had it under control. We spoke about it and I asked what I could do but he always said nothing. He was on anti-depressants, regularly saw a counsellor and had acupuncture which he said helped. He tried cognitive behavioural therapy, altered his diet, did more exercise and read loads of books about depression – basically he was doing everything he could to try and beat his illness. But the one thing he was adamant he didn’t want to do was tell people.

Mark thought people would think less of him if they knew he suffered with depression and he worried that it would affect his career prospects. For someone already struggling with a severe lack of self-esteem, talking about it, even to a close friend, wasn’t a risk he was prepared to take.

I will never know if opening up about his illness could have saved him, but since Mark’s death I have done a lot to improve my own understanding of depression. Of the things I’ve read and the people I’ve spoken to, those who have managed to talk to others about their illness, have all said it helped. And I firmly believe it is the key.

Talking isn’t a cure, but for the person suffering it can help ease a burden as it means they don’t have to cope on their own. And for the people they talk to, it not only enables them to help, but it also improves their understanding of mental illness.

Awareness and understanding of mental health issues has improved in recent years and it is often high profile tragedies such as the death of Robin Williams that propel it into the limelight and get people talking about it. On the one hand this is good, albeit a shame that it takes something so awful to happen to get it there, but on the other it also underlines how much there is to do. As has been demonstrated with some of the things that have been written in recent days, we still have a long way to go for the stigma that surrounds mental illness to be eradicated.

It is evident that a lot of people still just don’t get it. It can be difficult to understand how awful depression can be if you are fortunate enough not to have been affected by it, either personally or via someone you know, but that’s where we can help. We need to talk about it and write about it so that the voices of the uninformed commentators are quieter than the voices of those who do understand. That way, we can hopefully improve society’s understanding of mental illness which in turn will help those affected by it to recognise that they are not alone and that there is support out there.

If you are worried about someone who you think may be planning to take their life our info may help. We also have information on depression and anxiety.

Our Infoline can also help you find information about local support and services which may help.Find out how to contact them here.

Learning to cope after losing a friend to suicide

Sam shares his experiences of loosing a friend to suicide.

Angela Samata blogs about the response to her Mind Media award winning documentary, 'Life After Suicide', which aired on BBC One last night.

It's okay to ask for help

For Men’s Health Week, Steven, a police officer who has experienced depression and suicidal feelings, blogs about his experience and why more men need to know it’s okay to talk.

Rob blogs on creating the #thisismyhand hashtag to encourage colleagues in the ambulance service to seek support if they need it.
More similar stories