Ellie blogs about her experience of agoraphobia, which most people assume is a fear of open spaces, but it can be more complex: agoraphobia is a type of anxiety disorder where someone can fear and avoid places or situations that might cause them to panic or feel trapped.

Ellie's a student from the UK who has recently finished 1st year and plans to take a gap year to volunteer and enjoy writing, festivals and camping!

I turned everything off, I locked the door, I remembered my bus pass, I look presentable - everything is absolutely fine. But I still manage to attract the feeling that something's just not quite right. Then it hits me. That awful feeling, something horrible is about to happen and I have absolutely no control over it.

"Something horrible is about to happen and I have absolutely no control over it."

'I don't feel right. Why is my heart racing? Should my heart be racing? I'm sat still. Am I going to have another panic attack? I'm going to have another panic attack. Look for an exit. Get out, just get out quick or I'll pass out... Its okay, I've taken my meds. I'm okay. Just focus on something else. It's a beautiful, bright sunny day outside. Oh god, its that bad I'm having to focus on something else. Will they notice? When will my meds kick in? I feel really really weird. It's way too bright. I'm trapped. Get off, just get off, quickly.' 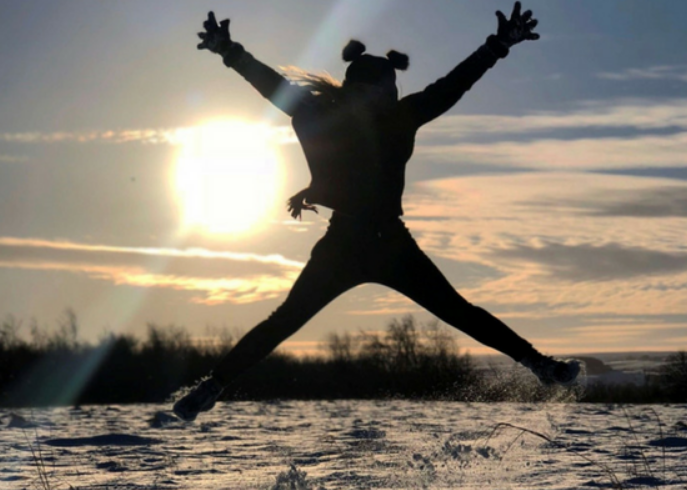 That was my second attempt of leaving my family home in months. Agoraphobia is exhausting. It stops us from doing the things we love. Because when you're scared of having a panic attack in public, you do the most logical thing you can. You stay away from the perceived danger. It feels easier and safer to just stay in your bed. On your own. Away from a dangerous world.

"Agoraphobia is exhausting. It stops us from doing the things we love."

My anxiety disorder left me crippled, I felt like I was queuing for a roller-coaster the moment I locked the door behind me. Everywhere I went, I looked for exits, over analysed conversations, wore a hat everyday so no one would notice me if I had to leave. I went weeks thinking 'I haven't spoken a single word to anyone'. I was scared to go out into public because I associated it with having panic attacks. And because I was so scared of the attacks, I became even more terrified of the cause; going out.

I have sacrificed so much to satisfy my condition. I lost friends, I lost myself, a career, grades and passion for the things I loved doing.

"I was scared to go out into public because I associated it with having panic attacks."

It has taken me four whole years to realise that life doesn't have to be this way. I started psychotherapy. And it was when I discovered that there was another way of living. When I really believed it. I started seeing small positive changes and began to find myself again.

I accepted that my anxiety and panic attacks may stay with me for the rest of my life. But learning I could control them was my escape from agoraphobia. And by doing something that seems so simple! Breathing. Because when I left the house, through habit and anxiety, my breathing became very shallow and sometimes, I would stop breathing altogether without even realising.

"Now, for the first time in four years of hiding, I feel so safe."

When I begin to feel 'weird' in public now, I breathe in for four seconds (through my stomach, not my chest). I pause for four seconds. Then I exhale (pulling my stomach back in) for four seconds. This kind of breathing is hard to master, but its the same kind of breathing we do when we are sleeping. Our mind is able to assume we are in a calm situation (like sleeping), and reflects this by not sending stress signals. Everyone has a different way of coping, but this really works for me and psychotherapy has really helped me recognise this.

Now, for the first time in four years of hiding, I feel so safe. I know that I CAN get the bus, I CAN go to the cinema, I CAN see friends, bands, go camping and do everything that makes me ME. And I can do all of it without using safety behaviors. It's taken me years, but I have found myself again.

Our pages on anxiety and phobias have more information that could be helpful.

Lots of social phobia, but no friends

John blogs about living with social phobia and the steps he’s taking to recover.

Living with my phobia of bananas

Vix blogs about how her unusual phobia impacts on her everyday life, and how she manages it.

VR therapy and me

How a ‘game’ changed the face of my anxiety condition