From the moment I went to my first game at Roots Hall in 1984 with my brother Stephen, I knew I was in for a rollercoaster ride as a Southend fan, we lost 4-1, but I was hooked. Something about the feeling of being in the stadium around the fans was too exciting to pass up on. I’ve been a life-long Shrimper ever since, a commitment that has seen me follow the club all over the country, through ups and downs.

I’ve had my own ups and downs over the years, some which have seen me off-work while I got support for my anxiety, but the club and the friendships I’ve made with fans along the way has helped me kick on. When Mind partnered up with the EFL I wanted to be able to do my bit to raise awareness among fans, initially just by wearing the On Your Side partnership badge to matches. After blogging about the badge for Mind the club approached me to ask if I’d be happy to record a video with them to help raise further awareness about mental health among fellow fans.

I was delighted to be asked and even more delighted that the club had set-up a surprise for me as part of the filming. They filmed me entering the dressing room, which was exciting enough anyway. But then to discover that among all the first team shirts hanging up was one of my very own, signed by the team, well my daughter said to me ‘your face is a picture!’ After filming I was taken pitchside where my two favourite United players, John White and Simon Cox, officially presented the shirt to me as a thank you for helping the club raise awareness about mental health. I could have pinched myself.

While I have the shirt framed now as a lasting memento of the experience, one of the other things I’ll hold on to is the response to the video going live. The response from fans, our own and even some rival fans, was unbelievable.

Football really is an amazing platform for generating a conversation around mental health.

I’m continuing that now as part of a mixed age football group called Run Free United. The team is part of the Run Free initiative set up by Eddy Cooper and Chris Phillips, the chief sports reporter for my local paper, the Southend Echo. They also work with my local Mind, South East and Central Essex Mind. Through that I’ve seen the amazing amount of support people of all different ages and backgrounds are able to give each other, using football as the starting point for improving mental health. 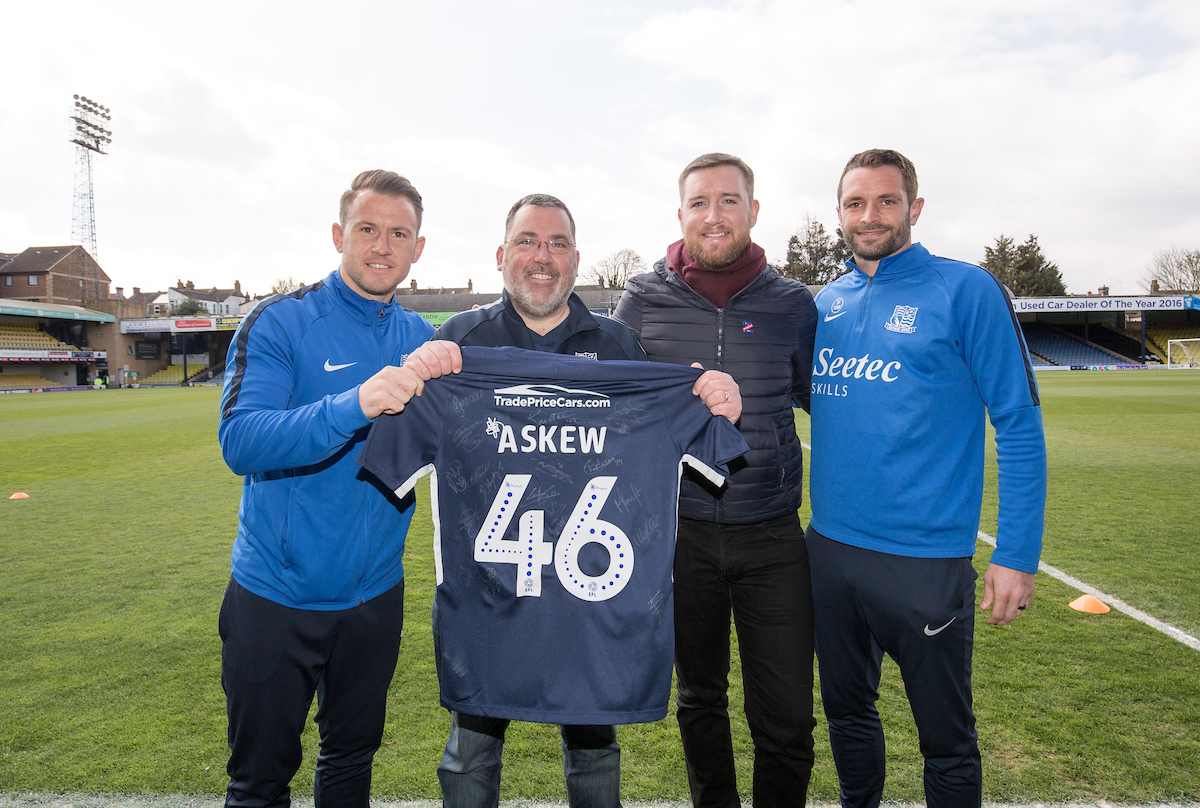 Trevor has an EFL shirt in memory of Rhys, who took his own life.