To support our Christmas appeal, Paul's parents Agnes and Joe blog in memory of their son.

Our son Paul was caring and thoughtful. He always championed the underdog and was more than willing to help anyone in need. But sadly, he wasn’t so good when it came to asking for help for himself. Although he had a large circle of friends, he chose to only confide in just a few, about exactly how he was feeling. Most people had no idea that Paul was struggling. Like so many young men, he didn’t seem able to open up. He put a lot of effort into hiding it from the outside world.

"Most people had no idea that Paul was struggling. Like so many young men, he didn’t seem able to open up."

Paul (AKA Geoff) was very musical and creative. He played in a band with friends while still at school; and later became bass guitarist with a Liverpool band, 28 Costumes. After school he attended Art College and subsequently went on to graduate with a Master’s degree in Graphic Design from Sheffield Hallam University. A short time after, he secured a job as a graphic designer. 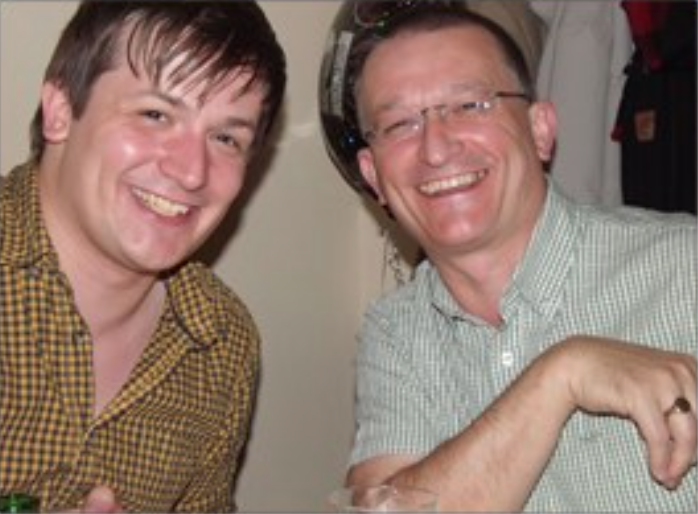 Paul with his dad, Joe

He was so meticulous with his work, a real perfectionist. He gave his all to everything he did and found it difficult when his work was criticised by people who didn’t understand design. He had a horrible time at work, with a line manager who belittled her staff. The same manager reduced another colleague to tears, and Paul quickly came to their defence.

When he started struggling with his mental health, his work handled it very badly. His manager didn’t like him taking time off for doctor’s appointments and demanded that he made the time up. She was very unsympathetic and dismissive of what he was going through. There was no support at all for Paul at work, from his management. We couldn’t help but think it would have been a different scenario, had he been suffering with a physical health problem.

He wasn’t happy in his job and wanted to leave. However, he was so stressed out by workplace pressure that he had neither the time nor energy to put together a portfolio of his work; which was vital for him to be able to apply for other roles.

"He always championed the underdog and was more than willing to help anyone in need. But sadly, he wasn’t so good when it came to asking for help for himself."

He was bled dry by his job and everything seemed to become more and more of an effort. After visiting his GP, he was advised to refrain from work, due to depression, caused by work related stress. This meant he was then only in receipt of statutory sick pay and he was very worried about how he would make ends meet; so he took on some freelance work. His workplace found out and told him they were launching an investigation, as by doing this, he would be in breach of his contract. During this time, his girlfriend also moved out, saying she could no longer cope with his depression.

Paul had hidden his depression very well from those closest to him. As a result, his death by suicide, on 4 August 2015, aged 28, came as such a shock to both his family and his friends.

"We were totally devastated. Even now more than three years on, we have some days where we can function reasonably well; but also days when we can’t function at all."

We were totally devastated. Even now more than three years on, we have some days where we can function reasonably well; but also days when we can’t function at all. Neither me nor my husband Joe, were able to return to work after we lost Paul. We constantly worry about our daughter Clare, always checking in on her; and likewise it’s the same for her, with us. I suppose that’s the legacy of losing someone close to suicide. We live our lives in a totally different way to how we did before.

We were so very fortunate in receiving excellent postvention bereavement counselling, but it can be such a lottery. We kept thinking, “we were so lucky – we had counselling, we had family and friends. What happens to people who have no-one?” Our counsellors were our lifeline. They helped us so much. They were also able to explain that we were actually suffering from PTSD (post-traumatic stress disorder), as a direct result of losing Paul to suicide; neither of us had made that connection.

Paul loved Christmas, in particular the build-up beforehand. Now it’s very low key for us. People talk about getting past the ‘first Christmas’ and the ‘first birthday’, after someone dies. But being totally honest, the second and the third are no easier to deal with. We don’t expect or even want the world to be put on hold because our son died, but it’s fair to say that now, we tend to want it to be all over and done with. The stark realisation of the immense loss we have suffered kicks in again each Christmas. To avoid the “empty chair syndrome”, we spend Christmas with our daughter Clare and her partner at their house. 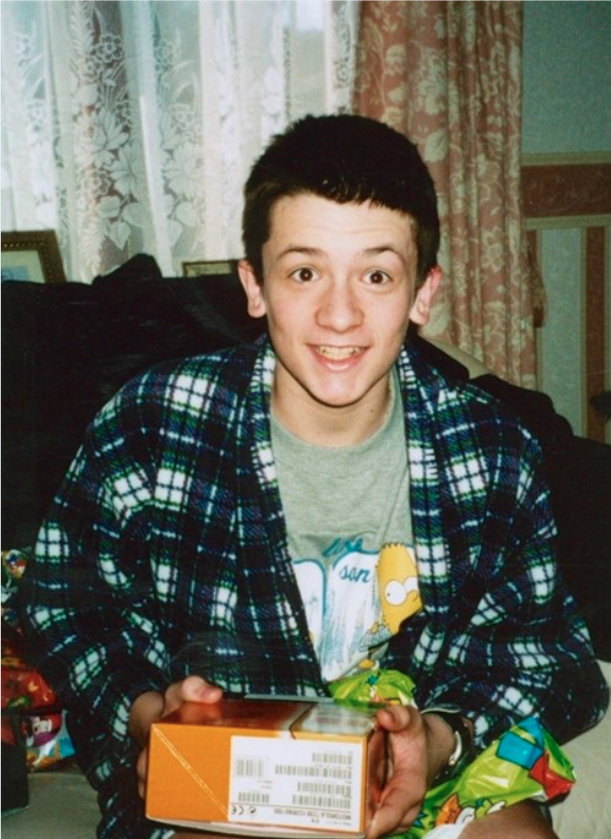 At his funeral, so many of Paul’s friends confided in us that they too, were battling with poor mental health. This ranged from feeling anxious, right through to suicidal tendencies. Yet, just like Paul, you would never have guessed that by looking at them; as outwardly they appeared to be fine. In my opinion poor mental health, particularly in young people, has become an epidemic here in the UK and this needs to be addressed, now. Mental health education should be part of the curriculum and needs to be taught throughout school, beginning with primary school.

"At his funeral, so many of Paul’s friends confided in us that they too, were battling with poor mental health."

Young men in particular need to feel comfortable in sharing their feelings. I hate phrases like ‘man up’ and ‘snowflake’ – they are so damaging. Poor physical health is widely accepted and talked about openly, which is only right. However, poor mental health is a taboo subject. Children should be taught that if they’re not feeling okay, then that is absolutely fine and it’s “normal”. They should also be taught to know that it’s good to talk about it.

"Being able to show your emotions honestly and openly is definitely a strength and not a weakness; and should always be encouraged."

After all, mental health problems will and do affect 1 in 4 of us at some point in our lives.

Being able to show your emotions honestly and openly is definitely a strength and not a weakness; and should always be encouraged
We felt so strongly about the lack of support for those left behind after a suicide, that we agreed to help in setting up “Paul’s Place” (BCT), to provide free one to one bereavement counselling for others in the same situation as us. However, we do fear that without some statutory funding we may have a problem in coping with the demand, since we rely solely on donations and fundraising efforts.

On a positive note, Paul's family and friends joined together in arranging some serious fundraising for Mind, in his memory: music nights, comedy nights, a mixed football tournament, three half marathons, a charity skydive, sponsored cycle ride; and somebody even asked for donations to be made to Mind in lieu of her birthday gifts. There has been over £29,000 raised for Mind in his memory, so far.

"We will strive to keep fundraising for Mind, in memory of Paul."

We will strive to keep fundraising for Mind, in memory of Paul, because we feel that if we can spare even one family the pain, anguish, helplessness and immeasurable loss that losing a child to suicide brings; then some good will have come out of this terribly sad situation.

This can't go on

Every two hours, someone in England and Wales takes their own life. This can’t go on. We’re determined that, in 2019, more people will get help early on.

Your gift today to our Christmas appeal could help in so many ways. You could help us empower people to take that crucial first step – speaking to their GP. You could help Mind expand our Infoline and our website to give people life-changing advice early. And you could help us campaign harder than ever for better emergency care.