To support our Christmas appeal, Niall's Mum Niamh blogs in memory of her son.

When Niamh's son Niall tragically took his own life at the age of 21, she began raising awareness and fundraising for Mind.

It seems like such a small thing, but I miss Sunday mornings when Niall would turn his music up loud in the bathroom and this tall, lanky figure would emerge from a big cloud of steam in his towel and ask what was for breakfast.

I also miss his love of music, every track I hear on my iPod is connected to him somehow, whether it was him ribbing me for my taste in music or a track we both loved. I can only just again listen to Fairytale of New York without sobbing.

"He was a bubbly 21 year old in his final year of university. At least that’s how it seemed."

Niall was my second son. He turned 21 in February 2017. He was a bubbly 21 year old in his final year of university. At least that’s how it seemed. He had lots of friends – at home in Enfield as well as at university. He had a girlfriend he had been with for four years. He had been planning to move to Brighton, where she was studying, to live with her – maybe take a year out, do some casual work and just enjoy the lifestyle while she finished her studies. 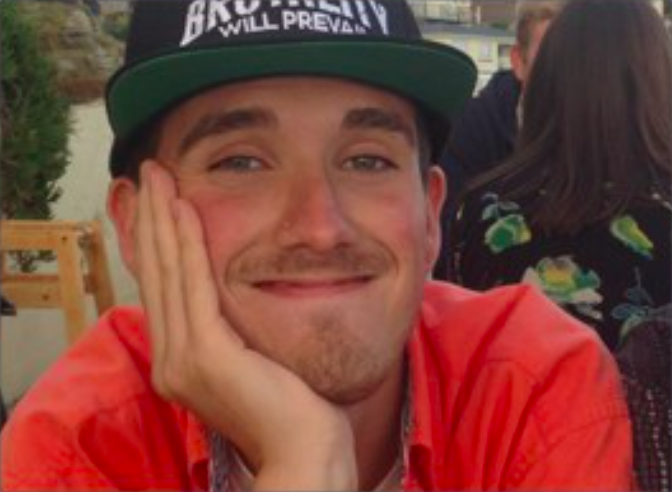 Whenever I asked him how he was getting on with his studies, he would say “I’m fine, I’m fine”. But the truth was that he wasn’t fine. I had a feeling that something might be wrong and that he might be struggling with his dissertation but I had to go with what he was saying. We are a really close and open family and I thought he would tell us if there was anything troubling him.

The night before Niall died, he went out for dinner for a friend’s birthday. Everything seemed normal and none of his friends were concerned for him. Either that evening or early the next morning, he packed all of his things away – he didn’t want us to be left with a mess of things in his room to deal with. Considerate to the end but he didn’t know how heart-breaking this would be for us. The next day, his friends thought that he had gone to the library, to revise before his exam. But he hadn’t gone into university – he went to take his own life.

When he was younger, Niall would compare himself to his older brother and often felt inferior. I would always tell him that his brother wasn’t better than him – they were just different people who excelled in different ways. Liam, his brother, is really open and discusses how he feels while Niall was always more reserved, affectionate and loving but you often wondered what was going on in his mind.

The feelings of failure followed him throughout his life. The note he left us said that he didn’t want to fail again, which is something I struggle with massively as he never did fail. He achieved a posthumous 2:1 – how sad is that?

I don’t think Niall had even admitted to himself that he was suffering with mental health problems. I think he was in denial. He never sought help or a diagnosis. He knew how to support other people. He was really good at it. He just didn’t know how to support himself, or recognise that he might need some help.

"Niall’s death has had a ripple effect on those who were close to him – from his immediate family to his friends and anyone who knew him."

Niall obviously felt rubbish, but couldn’t verbalise it. I didn’t recognise how deep his unhappiness was.

I blamed myself. I had let him down. As his mum – that’s your whole reason for being, to protect your children. It was all so out of the blue. I had total feelings of failure.

Niall’s death has had a ripple effect on those who were close to him – from his immediate family to his friends and anyone who knew him. You don’t realise just how many people are affected. He has left a hole in our lives. It’s a huge loss. I’ve felt guilty for the effect it has had on his friends. His closest university friend can’t face living in Canterbury because of what happened. The memories are too painful.

I want to celebrate Niall’s life. He was such a beautiful, vibrant young man.
Fundraising for Mind has really helped give me and my family a focus. It’s so easy to get lost in grief but it has been helpful to think ‘Ok, this has happened, but now we need to do something about it’. The support we have received has been great. The local paper in Canterbury contacted me and offered to publish the link to our online fund in the paper.

"I want to celebrate Niall’s life. He was such a beautiful, vibrant young man."

I want people to know how proud I am of him, but also how easily this can disappear and all you have left is memories. By sharing my story, I can show people that they are not alone. And if I can help to save even one family from going through what we did, it will be worth it.

This can't go on

Every two hours, someone in England and Wales takes their own life. This can’t go on. We’re determined that, in 2019, more people will get help early on.

Your gift today to our Christmas appeal could help in so many ways. You could help us empower people to take that crucial first step – speaking to their GP. You could help Mind expand our Infoline and our website to give people life-changing advice early. And you could help us campaign harder than ever for better emergency care.