My right to speak out as an equal voice 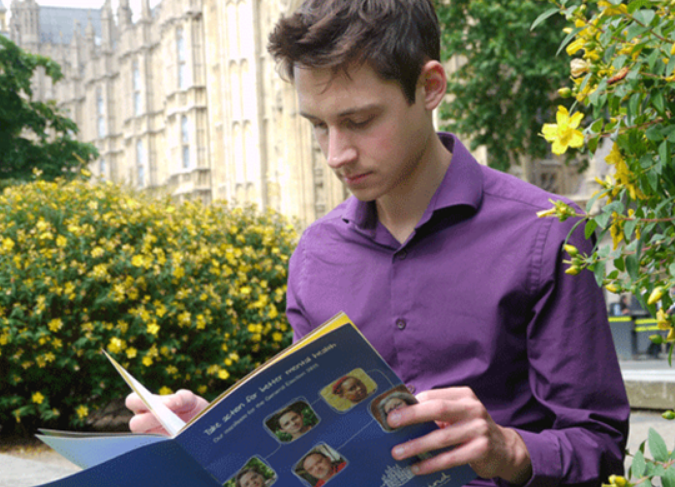 "Sitting on a panel alongside the Education Secretary in a room where there was standing-room only was daunting to say the least! At the same time though, I felt a funny sense of freedom. I represented the voice of the sufferer."

The very idea of attending the Conservative Party Conference as a Voice of Mind is something I couldn’t have conceived of even a year ago. The disempowerment that comes about when living in the grips of a severe eating disorder and other mental health problems lies in such sharp contrast to the idea of mixing with those who have political power, the ability to change legislation and change lives on a huge scale. Changing your clothes when you have depression can seem the biggest, most impossible of small problems that leaves you powerless. Trying to convince those in government of the importance the changes needed to promote good mental health felt at the other end of the scale and represented a personal triumph over my mental health problems.

That’s not to say that this victory wasn’t nerve-wracking, uncomfortable or without resistance from the old crutch of bulimia which has always helped me through stressful events in the past. But using mindfulness techniques and my raft of skills I have been lucky enough to develop through psychological therapy, I was able to participate fully in the each moment of challenging those in authority about mental health.

For me the highlight of the conference was Mind’s event - ‘Everything you wanted to know about mental health, but were too afraid to ask’. Sitting on a panel alongside the Education Secretary in a room where there was standing-room only was daunting to say the least! At the same time though, I felt a funny sense of freedom. I represented the voice of the sufferer and user of mental health services in a way that nobody else on the panel did, however highly they sat professionally. I felt confident that the authority of what I had to say was equal to anyone else’s, and being without responsibility I could be more directly challenging of those in power and their tendency to defend their actions. In this sense I really did have a voice, and most surprisingly to me, it was listened to!

In my time at conference I met many people who had the warmest of things to say about mental health. Sadly, I also had some encounters which reminded me of how far we have to go in terms of public attitudes towards mental health problems, and of how there is more than an economic case or votes in the general election at stake here. Now I look forward to sympathetic politicians – realising how vital mental health is to their electorate – taking forward the pledges of the Mind Manifesto in their campaigns and pledges ahead of the election in 2015. Talking about change is part of the process, but the time for action is now if we are to see an end to the historic disservice to people with mental health problems.