I'd be lost without Mind

Christmas is one of the hardest times of the year for Nadine. She's sharing her story as part of our Christmas fundraising appeal. 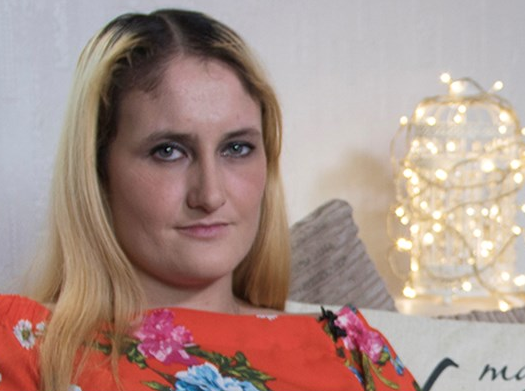 I was 13 when I first became unwell. I began self harming and restricting what I ate, but I wasn’t really aware I was unwell until other people became concerned about me. And I was 15 before I was formally diagnosed and received any sort of help.

It had a big impact on me growing up. I became so isolated because I was so obsessed with losing weight. I lost contact with a lot of friends because they couldn’t cope with how ill I was. I used to be a straight A student but my mood became so low I couldn’t concentrate properly at school.

"I lost contact with a lot of friends because they couldn’t cope with how ill I was."

I went into hospital for the first time in 2005 when I was 15, with anorexia. I didn’t get very good care – they were basically trying to feed me up and get my weight up, but with no emotional or psychological support.

In 2009 I went into hospital again – that time I was sectioned and put on a Psychiatric Intensive Care Unit. My psychologist there was fantastic but everything else about it made me ten times worse. I was restrained a lot and locked in a small seclusion room. For a year and a half I never left the ward and they had me on one-to-one observations the whole time, 24/7.

I was in hospital for three and half years between 2009 and 2012. I spent four Christmases in hospital.

"It just made me hate Christmas. All the memories of it. Not seeing my family. Not being allowed my presents."

I couldn’t have contact with my family and friends on Christmas day because it was so regimented because of the type of ward I was on. It just made me hate Christmas. All the memories of it. Not seeing my family. Not being allowed my presents.

Christmas is still really difficult because of all my memories of the time I spent in hospital. I get flashbacks to how things were.

"I’m constantly living on the edge and that’s why Christmas is so hard in a lot of ways. There’s so much stress and pressure and expectations."

I’m always being told I’m very complex. I was diagnosed with PTSD in 2007 and then Borderline Personality Disorder when I was in hospital and they now think I might have dissociative disorder. I’m constantly living on the edge and that’s why Christmas is so hard in a lot of ways.

There’s so much stress and pressure and expectations to go out and do things. Any added stress, no matter how minimal, can have really dangerous effects on my mental health, especially the PTSD and dissociative disorder.

I’m just about over my anorexia now, but I still have issues around food, and around Christmas everybody’s eating and drinking, and it’s too much for me on top of everything else.

I’ve been in touch with Mind's Infoline so many times over the years, for advice when I was sectioned or when I’ve been given a new diagnosis and wanted to know more about it. Sometimes I’ve been really upset when I called but they’ve managed to calm me down and given me all the time I need. Once I think I was on for about 45 minutes. They didn’t let me go until they knew I was safe.

"If it wasn’t for Mind I’d be lost, or I wouldn’t be alive to be completely honest with you."

I’ve used the Elefriends community a lot too, especially around Christmas time, because I l know a lot of people struggle around that time and it helped reassure me that I wasn’t on my own, that there’s other people there and I can talk to them safely. And I can help other people on there as well.

My experience of PTSD

Gary blogs about his experience of PTSD, which developed after surgery.

Hannah talks about a sudden traumatic injury that left her battling PTSD and searching for the right support to help her through.

Mind fundraiser Annabelle, who also shares her story with supporters via email today, blogs about how Mind's information helped her see past her trauma.

Complex PTSD and me