How I challenged stigma

Violet shares her story of experiencing stigma and discrimination because of a mental health problem. 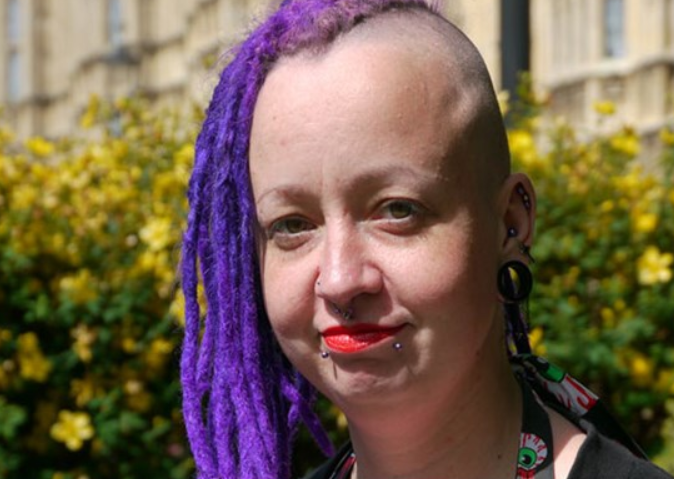 When you are unwell you hope that people will be there to support you. I find when you are physically ill people can't seem to do enough to for you. They will go out of their way to help and support your recovery, even if the illness is mild. However, during my struggle with mental health problems I have found that some people are not supportive and can make things considerably worse.

Some people told me that they didn't believe in mental health problems, as if mental health problems are a myth that they could choose not to believe in. Even when presented with evidence and facts regarding mental health they refused to accept that I was ill. They thought I (and presumably everyone else with the same conditions) were lying. There have been many occasions when I've been told that I was lazy and selfish. Some people were of the opinion that I should easily be able to pull myself together and shrug off my problems. Hearing these statements so often from different people made me question everything about myself. “Did I really have mental health problems?” “Was I just a weak, flawed person?”

These thoughts consumed my mind and had a devastating effect on my emotions which were already incredibly negative. When I thought I had hit rock bottom, these people had shown me I could feel even worse. I felt completely worthless and, like everyone, despised me simply because I was ill. Luckily my parents were completely supportive of me. They often said that it was “us three against the world”, which reassured me that no matter what anyone else said, they would be there for me. My parents were also the target of horrible comments. One person said it was their fault that I was ill, telling my parents they should have “beat that out of her when she was younger”. I found that the stigma surrounding mental health problems doesn't just effect the person with the illness but all those who support them too.

It took me a long time to come to terms with the fact that people who I'd been close to had turned their back on me. It made me terrified of disclosing the fact I had mental health problems to anyone, because I was convinced everyone would hate me. I avoided making new friends and pushed away the ones I already had. I felt completely isolated and I was so ashamed of having mental health problems. Now I realise that everything those people say is nonsense. My mental health problems are no one’s fault. I am not lazy or selfish, but someone who has to cope with a horrible illness.

Things first started to change for me was when I went to my local Mind and met others with mental health problems. I realised that I was not the only one suffering mental health problems. I was surrounded by positive, supportive people and this gradually gave me the confidence to speak openly about my own mental health. The more open I became about it the more people I met who were supportive. Over time I began to realise I didn't have to deal with the negative people so I avoided them whenever possible. I created a positive memories scrapbook and also kept a note of compliments I've received. When I do get insults I prove to myself they're not true by referring to these.

Speaking out is the only way to end stigma

Pandora blogs about how important talking is to changing attitudes.

Throwing off the mask: it's okay to speak out

Jade blogs about why she agreed to take part in Mind's new photoshoot, and what it was like taking part.

Mental health problems don't discriminate and neither should we

Miranda blogs about her experiences and the need to challenge mental health stigma.
More similar stories