How a chance conversation changed everything

Opening up to a stranger helped Victoria understand how she was feeling.

My name’s Victoria. I work in the nuclear industry, play videogames, spend time with my friends and I volunteer at the RSPCA.

I also have depression, anxiety and post-traumatic stress disorder (PTSD). I’ve been concealing these things for years, and that’s only just starting to change.

When I was younger I was racially bullied and I suffered prolonged abuse as a teenager. The people who could have stepped in to help me – doctors, my teachers and school councillors – didn’t help. They let me down.

For years I self-harmed to cope with the feelings. Nobody took my feelings seriously and I didn’t get any real support. One hospital psychologist just told me to ‘move on’.

When I told some of my friends and family, they were dismissive so I just stopped opening up to them. With no one to talk to, I felt like I had no support and no way to understand what was happening to me.

For me, peer support was totally unexpected. I spent a lot of time in and out of hospital for my health. In 2013, I was particularly unwell and my doctors couldn’t seem to explain it.

I got really upset and the lady in the next bed asked me what was wrong. And instead of just saying, ‘oh nothing’, or making excuses, I told her what was wrong.

We were both in a lot of pain, her a lot more than me. I got out my bed for the first time in days, sat in the chair next to her and held her hand.

"Now, I want to reach out to other people who’ve been through similar things."

Since that meeting, we’ve kept in touch. We live in different countries but we write to each other and I plan to visit her soon.

That positive interaction has led the way for the rest. It's enabled me to talk to other people about my mental health.

Before that moment, I couldn’t think of anything worse than telling a friend. In my head, I just thought ‘they won’t be my friend anymore, it’s too much effort', that nobody wants to be friends with someone who’s 'hard work'.

I was quite comfortable having a little sentence that I told people when I had to explain.

Now, I want to reach out to other people who’ve been through similar things. I’m going to my first survivor group and I’m starting a blog to connect with more people online.

"It just makes me feel like I exist in the world a little bit more."

Read about Side by Side 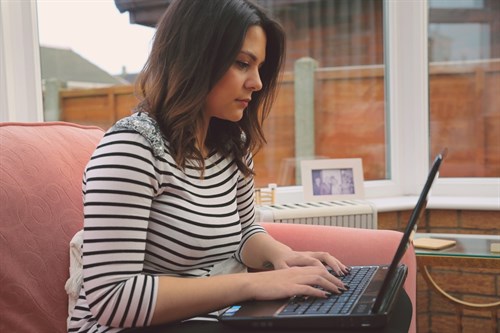 It makes you realise that the negative reactions are that person’s fault, not your own. It’s not my fault that they don’t understand the circumstances, the conditions or me.

Find out more about peer support >