Scott Perry was David’s oldest friend. They both grew up in Portsmouth and started going to football matches together from around the age of 14, and continued to do this even when they both moved away from the city. They followed their team through the FA Cup finals to when they were relegated to League Two, going through the highs and lows of football and of life together. Football was their escape, a chance to get away with mates and follow something they felt passionate about.

They spoke openly about mental health to each other and Scott struggled for a long time, admitting to David at the age of 16 that he’d attempted to take his own life.

Despite feeling like he could reach out to David, and it being a time when it seemed like he was getting his life together, Scott took his life in February this year at the age of 24.

Just because someone seems ok, it doesn’t mean that they are.

David believes that just because someone seems ok, it doesn’t mean that they are, and that if anyone thinks something doesn't seem quite right with a friend, it's important to speak to them and ask more than once if they're ok.

He also believes strongly that more awareness about the services on offer for people with mental health problems, such as Mind’s Infoline, is crucial and that the stigma around using services needs to be addressed.

It would make sure everything he suffered through won’t be in vain.

David feels that if he can help just one person by sharing Scott’s story it would be incredible. “It would make sure everything he suffered through won’t be in vain.”

David has a Portsmouth shirt with Scott’s name and age on the back to remember his friend. 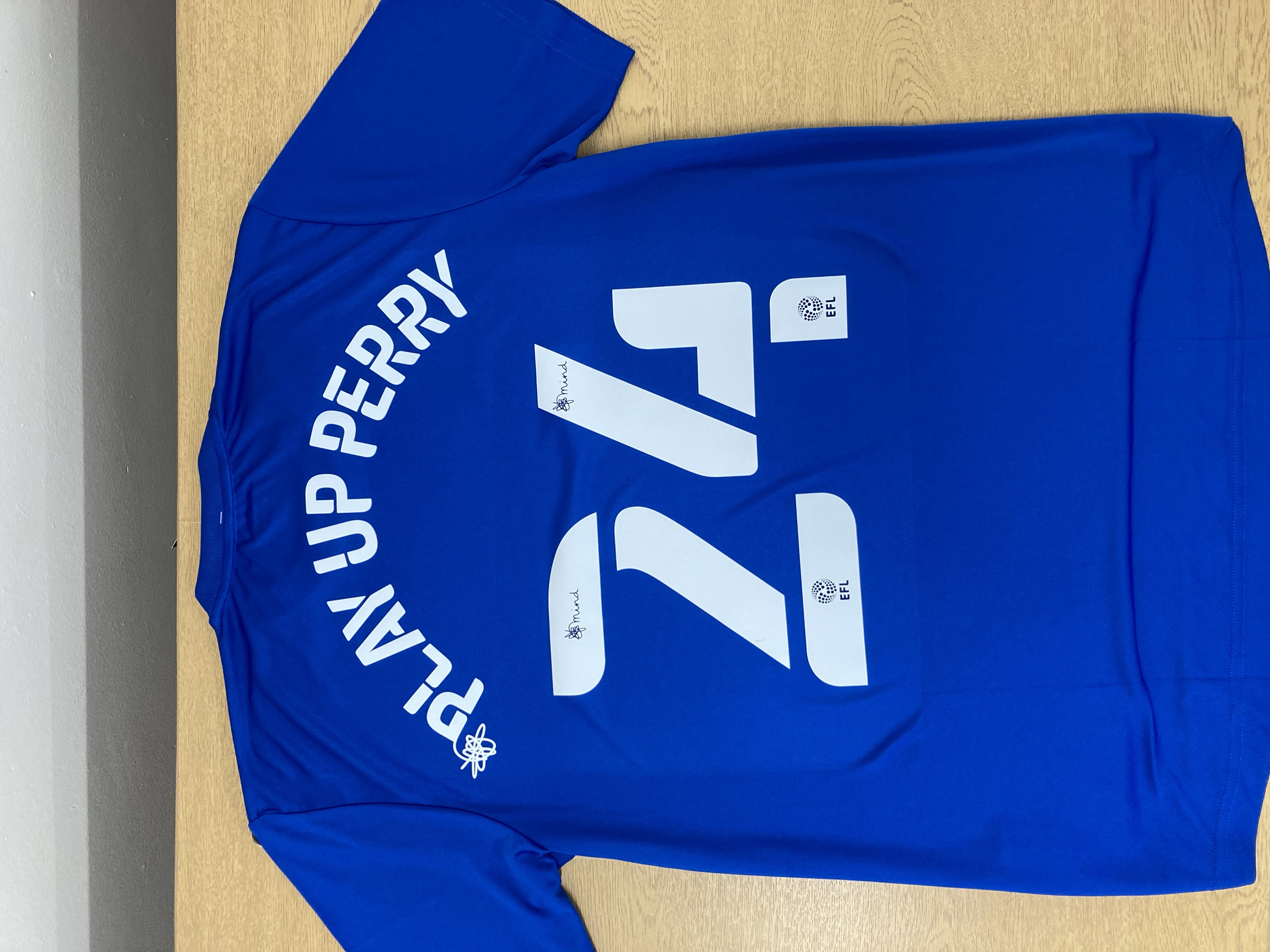 Trevor has an EFL shirt in memory of Rhys, who took his own life.
More similar stories