Music, bipolar and my fundraising plans

Part two of Jonny's blog talks about how music has helped to manage his bipolar, and his plans to raise funds for Mind through his forthcoming CD

Music as a cure

To manage my bipolar, I need medication and meditation. In recent years I’ve also found that being with my children is a wonderful leveller, with that paternal instinct helping to carry me through when I am very low. One other thing that I’ve learnt in 23 years of living with bipolar, is that music helps.

However, if I go into a psychotic episode I need to be removed from society and I need to be kept away from those that love me. When this happens, I can still play my cello and listen to music when it is best that people don’t see me.

I have a vested interest in spotting the signs very early. There is a point of no return for me so I have to stop, say no to people and turn off my phone sometimes. If I am going to help and not hinder Santiago Quartet’s next album I have to be gentle with myself. I have to go for walks, spend time with my children and practice the music rather than just thinking about it. Small, achievable goals are good for all sorts of recovery; from bipolar, OCD, addiction, whatever it may be. This is another gift I get from music.

On the forthcoming album we have some beautiful new arrangements by a bandoneon player called Cesar Olguin. I have to learn them. I put them on my music stand and I practice them. This would sound painfully obvious to many people, but for someone with bipolar who thinks about nine things at once (I really don’t get the joke about men not being able to multi-task!) it is a wonderful way of focusing the mind. It is also the best way of getting through dark, depressive days.

"I felt nothing for anyone or for myself. I was a shell of a person. I hated life. "

Moving on after an episode

I have learnt to forgive myself for the people I upset and hurt when I was unwell. I have apologised where possible. They may not have forgiven me and I do not need them to. I know I was ill. Other people should not always be expected to understand. Other people are allowed to be sick or angry. My responsibility is, where I am still fortunate enough to have any kind of relationship with them, to show kindness to these people through my actions; turning up on time and not reacting when they are having a bad day.

After a recent episode, I stayed in hospital for about 6 weeks and came out to very little work and living upstairs at my Gran’s house. She died very shortly after I left hospital. In fact the trauma of seeing her just after she’d had a stroke, alongside other issues in my personal life, had been one of the major triggers towards my episode. I missed my Gran and I lived alone, isolated. The intense high that lead to my hospitalisation turned into the inevitable low. I had had the manic episode and now it was time for the depression.

Music left my life. I didn’t play it. I didn’t listen to it. If I was offered a concert I went but was not present - not listening properly to the other players, which is worse than not going at all in my view! I stayed in bed until 4pm and hated myself for it. So I would do it again. I didn’t escape into drink anymore but I smoked so many cigarettes and ate such dreadful food that all I wanted to do was go back for more ‘duvet diving’.

So I would try to stay up late to write a book, which I did finish despite not thinking that it was very good. The medication would kick in and my days were about 7 hours long for weeks at a time. I slept and slept. I felt nothing for anyone or for myself. I was a shell of a person. I hated life. 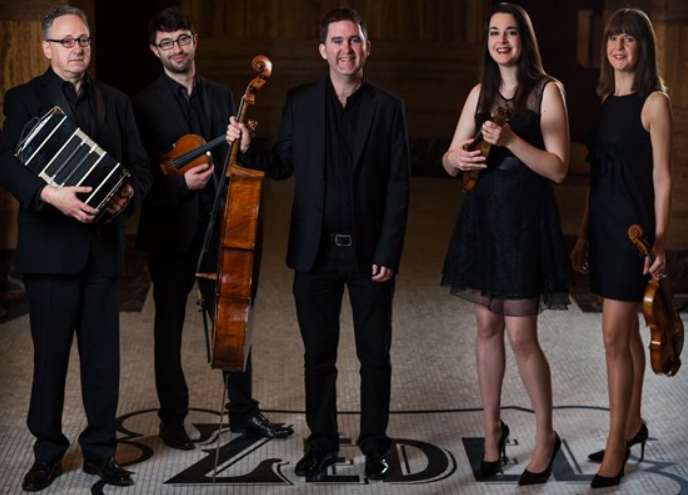 One day I got a call to go and mime on a Hollywood movie. I hadn’t really been around people for about a year apart from in the evenings for some meetings that I attend. I accepted the contract. I got out of bed very early every day for about 11 days. I arrived on time and got on with people. One or two old friends were accepting and kind. One of them said I seemed to be better, back to my old self. I needed that affirmation more than she will ever know. I wanted to cry but I had to try and look cool and unimpressed by everything because that is what you do at things like that. The truth was I couldn’t believe I was back at work, let alone watching film stars at work whilst miming the same eight bars of Nessun Dorma over and over!

"I wept with joy that day, but in a controlled way. If it weren’t for the gift of music and its healing powers that would not be possible..."

Then I got a job teaching piano and cello, and started showing up on time for that. I started to help young musicians with their learning and I liked it. I was playing in orchestras and shows again too. No more than lots of other people, but I wasn’t picking up cigarette ends from the garden in an acute psychiatric unit. I was behaving normally and making people laugh.

My entire outlook on life had changed. I had survived a fourth visit to psychiatric hospital, the visit I had always promised myself that I would never have. I had come out of the hideous depression that followed the admission, and I was laughing again. I became grateful for little things and I went for walks.

I had a partner for a while, although that didn’t work out. But I found that I didn’t need a relationship, I certainly didn’t need to drink. I even stopped smoking. I needed music. The very patient musicians who had been told they were going to be doing the live radio show were still prepared to work with me. The Santiago Quartet survived. I still had regular access to my children. In February they came to live with me for three months. I wept with joy that day, but in a controlled way. If it weren’t for the gift of music and its healing powers that would not be possible and their Mum would not be able to go and work on a show in London, safe in the knowledge that they will be ok with me.

Playing the cello and sharing my love of music with others is how I have kept going. So it is a great privilege that, now we really are going to release a second album, proceeds from UK sales of CDs will go to Mind. We have a record contract and, as long as we can raise the money, through our forthcoming Indiegogo campaign, it should be a very worthwhile project.

I think bipolar is something that can be channelled and, in my case, with careful monitoring of medication and no alcohol I can stay well for many years. I need to remain wary of triggers and know that success or over-stimulation can be as dangerous as bad news and trauma. In fact probably more so. But I am learning to notice the signs. When I do I phone my doctor or one of my support network.

Turning up on time gives me a sense of achievement. Picking my children up for school, taking them to piano lessons and ‘showing up for life’ helps me to feel well and useful. Watching football and Netflix helps me switch off, which is still the biggest challenge!

For me, along with being a dad, being able to help others through performing music combines all the elements that make me tick in one lovely project.

In February 2017 we will put on a small series of concerts in the UK with Cesar Olguin and there will be a collection for Mind at all events.

I believe that I can live with bipolar and not be a victim of it. I think that getting out of myself and helping others gives purpose to the whole of life. Today I like who I am, I rarely get angry, I don’t drink or smoke and I try to be kind. I am afraid I am still quite partial to junk food though… but only once a week as a treat!

Missed part one? Catch up with the first half of Jonny's story here, where he talks about his experience of being sectioned.

My battle with bipolar and medication

Ruth talks about her experiences with bipolar and how she came to terms with the diagnosis.

How Volunteering made a difference

Scott blogs about how his volunteering work has made him feel more valued and ultimately helped his recovery.
More similar stories