This Mental Health Awareness Week, Mind is proud to announce that it will once again feature on the front of Leyton Orient FC’s third kit for the 2021/22 season. Thanks to England Captain Harry Kane’s continued sponsorship into next season, Mind will benefit from a second season of exposure and support from the Club, at a time when people need Mind’s support more than ever. 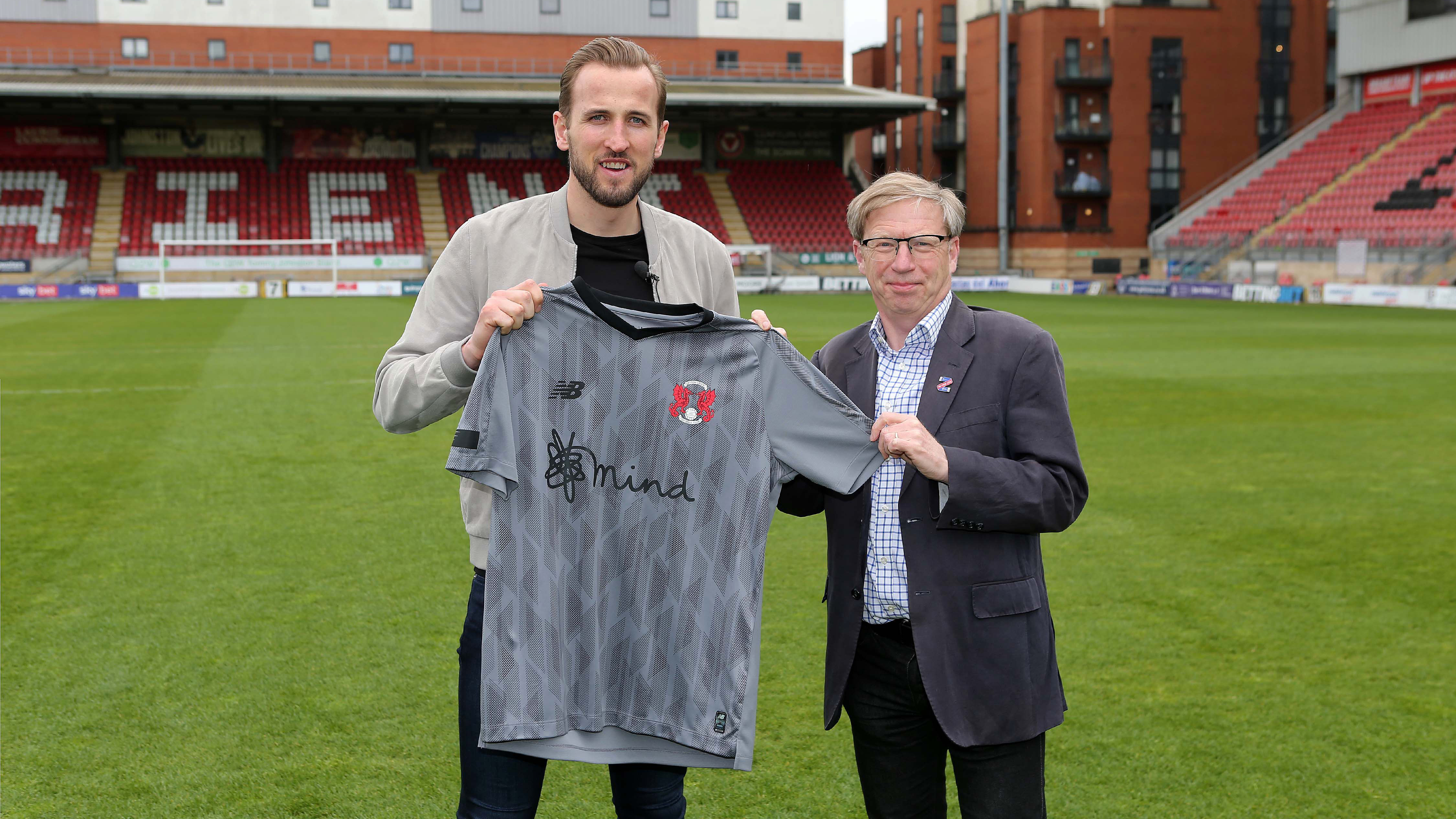 Harry Kane, his team at CK66 and the Club are committed to supporting Mind’s work particularly in the wake of the pandemic, when so many of us have experienced a mental health problem, often without access to much-needed support. The Club have also announced that 10% of the proceeds from sales of the third kit will go to support the services Mind provides.

The announcement comes as Mind reaches the end of the third of a four-season partnership with the EFL. Football fans will be familiar with the partnership’s achievements so far, which include the ‘Have Your Mates Back’ campaign and the Mind squiggle, which has appeared on the back of all 72 EFL Club’s shirts since the 2018/19 season.

“I am delighted to be supporting Mind again for the 2021/22 season. Covid has presented so many challenges and that is no different for people’s mental health.”

“There aren’t many better ways to mark Mental Health Awareness Week than to receive the backing of both Harry Kane and Leyton Orient in our fight for better mental health. We’re delighted that Harry’s generosity means we can continue the important work we have been doing with the Club into the 2021/22 season. We’re also proud that our new logo will soon be on the front of the O’s third kit, which joins the Mind squiggle found on the back of the shirts as part of our partnership with the EFL.

Football is such a powerful force for change. We hope that the increased visibility Mind gets from being on the kit, as well as the work the Club are doing with our local Mind in the City, Hackney and Waltham Forest off-the-pitch, brings about real change. We look forward to working closely with both the O’s and Harry to step up the fight for better mental health at a time when people need Mind’s support more than ever.”

“Having the formal partnership with Mind during the course of the 2020/21 season has been fantastic. Our partnership with Mind and a seminar delivered by MOORE Kingston Smith around Mental Health First Aiders led the Club to question what we can do to look after our workforce’s mental health. We are delighted to announce that this month we launched our Mental Health First Aiders programme at the Club.

"The last 13 months have been challenging for all and Mind services have never been so important, as we continue to feel the effects of the pandemic in all aspects of life. We are thrilled to continue this journey with Mind not only to support their cause, but also to learn as much as we can from them for the wellbeing of everyone at the Club.”