Our members' book club runs four times a year. Mind members and staff share reviews of the books they have been reading and members can enter a prize draw to win copies of all the books that have been reviewed.

Wildlife Photography: Saving My Life One Frame At A Time by Paul Williams

Wildlife Photography - Saving my life one frame at a time was sent to the Membership team by the publishers, Hubble and Hattie, and after reading only a few pages I knew we had to include it in the book club.

The book depicts the author Paul Williams' experience of PTSD, brought on by a distressing incident whilst serving in the police force. He describes the unexpected effects this incident had on his life, resulting in multiple suicide attempts, and coming to the realisation that he was experiencing a mental health problem. Picking up his camera Paul started a long journey from rock bottom to rediscovering a life worth living, as well as a newfound sense of wellbeing.

As well as his experience, this unique book showcases Paul's beautiful wildlife photography and describes the power this activity had on improving his physical and mental wellbeing. I thoroughly enjoyed seeing Paul's journey through his photographs, from the set of photographs the mouse in Paul's garden, to the Polar Bears on his Arctic expedition.

Paul's self-deprecating humour and honest words balanced with 201 of his stunning images, many captured in Dorset's wildlife locations, makes this a heartwarming book for everyone. 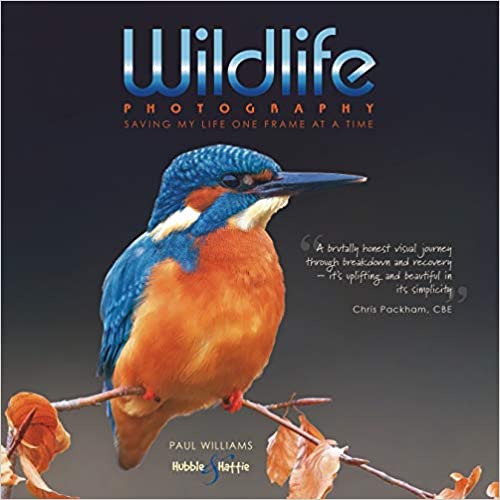 **Content warning: There are scenes that depict homophobic and discriminatory attitudes**

I am on my fifth or sixth version of this book, plus I have it on my Kindle. I’ve lost a couple of copies in house moves, and others through lending them to friends as I’ve recommended it as my favourite book ever. But I get antsy if I don’t have a copy I can just pick up and read at a whim whenever I want to.

Since the first time I read it as a teenager, it has been a book I return to time after time. Thirty odd years down the line I’ve just done my annual reading of it.

It is a book that never ceases to move me every time I read it, such is the affinity you feel with the characters. There are often tears, both of joy and sadness.

It is set in the United States in 1931, a time where the country was still suffering from the great depression. It follows the grand idea of Charles Flanagan to have a running race from Los Angeles to New York set over three months, and the trials and tribulations of the race, those running it, and those competing in it, weaving in their back stories as we progress across America.

The characters are a great mixed bag, coming from a range of backgrounds and countries. Different ages and sexes. They entice you into the story with them and then carry you along on a rollercoaster ride.

And what a ride it is. There are powers at work trying to stop the race. The FBI are investigating it, others are worried that the race will ruin the Olympic Games and Flanagan has to keep trying to overcome the obstacles set in his way.Towns and cities that have promised to pay for stage finishes refuse to pay, or refuse to let them enter the town, or make it so they can only enter after dark. There is a team of Nazi youth competitors entered into the race, they cross swords with Al Capone and Frank Nitti in Chicago and J. Edgar Hoover takes a personal interest.

They get involved in various sideshows along the way as a way to raise money, Highland Games, men vs horses racing and boxing matches. You are rooting for the characters to make it. Some find love along the way, and some their personal redemption.

It is a glorious read, and even after over thirty readings, I will be returning to it again next year, and the year after, and every year that I’m still alive. There are stacks of books that I have to make my way through all the time, but I will always make time to read this and experience the magnificent journey of those running machines across 1930s America. 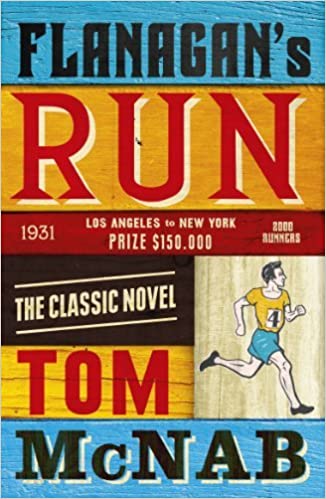 **Content Warning: The stories in this book cover a range of topics that some may consider triggering. It may not be suitable for everyone, reader discretion is advised**

As a lover of Greek mythology, this is an absolute win for me!

When I first saw Mythos advertised, I thought it would be another dry recounting of only the most famous myths, but Stephen Fry delivers the opposite. Injecting the infamous, unknown, weird and wonderful myths with his own voice and wit.

He chooses to explore the breadth of Greek mythology over depth but, personally I prefer this. Fry cherry-picks the best stories, starting with the creation of the world and creates a linear timeline of mythology and tells them with such natural charm and intelligence, it’s hard not to keep reading.

A few of my favourite stories were that of the battle between the Gods and the Titans, the story of Sisyphus who is forever destined to role a boulder up a hill, and the tale of Arachne, a weaver who grew so skilful she challenged the Goddess Athena.

Stephen Fry has created the perfect balance of learning about the Greek myths with his comical commentary running alongside. He also includes footnotes for more information. As a child I loved Greek mythology and it has been fantastic that, as an adult, there’s a book that reignites that curiosity! 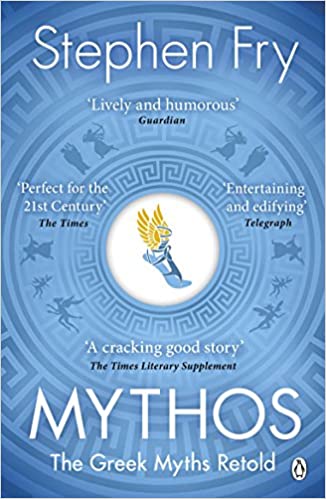 **Content warning: This book contains scenes of sexual intimacy and descriptions of anxiety**

I’m guessing that a good number of us very much appreciated the four-page focus on Rainbow Mind that appeared in the Autumn 2019 Membership News.

It was a lovely coincidence that I was at about the same time asked to review a book called ‘Uprooting’ (published in March 2020) by the American author of lesbian literature, Suzie Carr.

I’ve now read six of her books and have always been impressed especially by the depth of the characters and the tenderness of the central relationships.

‘Uprooting’ is set against the background of a New Age style centre in America, so readers enter the world of flower essences and salt rooms. If that’s not your thing, there’s also another underlying theme, that of folk-based music.

There are times when ‘Uprooting’ strays into self-help, with exercises in awareness and healing that readers may well find useful.

I was hooked once the main characters had emerged, and I found I very much looked forward to hearing more of their lives and relationships. There’s a share of difficulties for them to overcome, and, as with all of Suzie’s books, life isn’t always straightforward for everyone. I’ll say no more, I wouldn’t want to spoil it for you.

Although it won’t replace ‘Inner Secrets’ as my favourite Suzie Carr book, I still enjoyed it very much. And as with all of her books I will miss the characters I‘d come to know so well. I’d be more than happy to jump into the story myself and spend an evening or two with them. 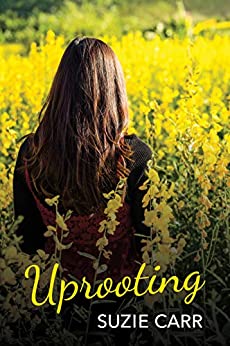 You can also catch up with all of the past reviews in our members book club archive.

Do you have another book you'd like to recommend? Are you interested in writing a review to let your fellow Mind members know what you thought of it? Email us at [email protected]