Our members' book club runs four times a year. Mind members and staff share reviews of the books they have been reading and members can enter a prize draw to win copies of all the books that have been reviewed.

The Black Flamingo by Dean Atta

The titular character of The Black Flamingo by Dean Atta is not born until the end of the book, their birth being the climax of this gorgeous and vibrant coming-of-age tale. The Black Flamingo is about Michael, a half Jamaican, half Greek-Cypriot boy growing up in London and follows his life from childhood to early adulthood.

From early on, Michael doesn’t feel like he quite fits in; like he’s got his right shoe on his left, like he’s too big for his skin. Even though his mum accepts who he is without question, outside his home, he doesn’t feel Black enough or Greek enough, is a little too into singing and dancing than is ‘acceptable’ for a boy, and, as he grows into his teens, more interested in kissing boys than girls. Solace comes in befriending fellow misfit Daisy and coming out, but it’s not until university, when he finds the Drag Society, that Michael really starts to learn about embracing every single part of himself, celebrating his history and truly being free.

This book has all the fun and familiarity of a British coming-of-age novel, but from a different lens than you would normally look through. Michael is funny, fun, sometimes a little prickly, but he always remains the one you want to root for. He is very much the star of the show, but the book is populated with nuanced and flawed characters. Dean Atta touches on themes such as masculinity, homophobia, racism, colourism and absent parents, but Atta deftly tackles them with a light touch.

It’s a physically gorgeous book as well - told in verse primarily, but also texts, notes, illustrations, with a clever emphasis sometimes on the things left unsaid between loved-ones. I finished it with a huge smile on my face and have gifted it many times since. 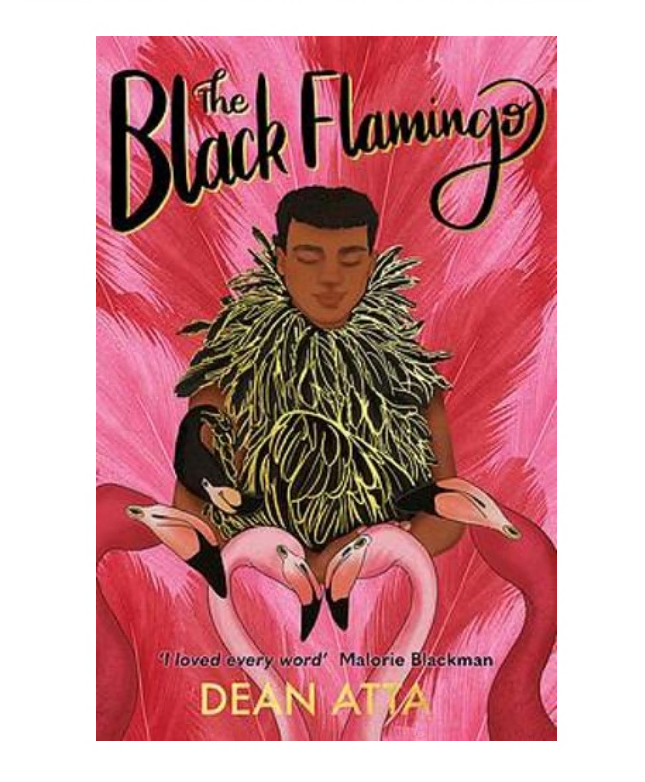 The Boy, the Mole, the Fox and the Horse by Charlie Mackesy

This beautiful book is the story of a boy, a mole, a fox and a horse - four friends who go on a journey together.

The boy is an ordinary boy – or is he? Because when he is asked, “What do you want to be when you grow up?” He replies, “I want to be kind.”

The mole is worried that he is so small, but the boy reassures him, “Yes, but you make a huge difference.” The mole is really only interested in cake, but he says some really profound things. “What do you think success is?” asks the boy. “To love,” replied the mole. And “What do you think is the biggest waste of time?” “Comparing yourself to others,” says the mole.

It may all sound a little strange, but this book is so full of wisdom and beautifully illustrated by the author Charlie Mackesy. I will never forget the drawing of the three little ones sitting on the horse looking out over the countryside.

I’d urge everyone to get this book, read it through a couple of times, and then keep it beside you. When you have a few minutes to spare, or are feeling particularly anxious or confused, dip into it, read a page and play with it in your mind.

“What is the bravest thing you’ve ever said?” asked the boy. “Help,” said the horse. “Asking for help isn’t giving up. It’s refusing to give up.” 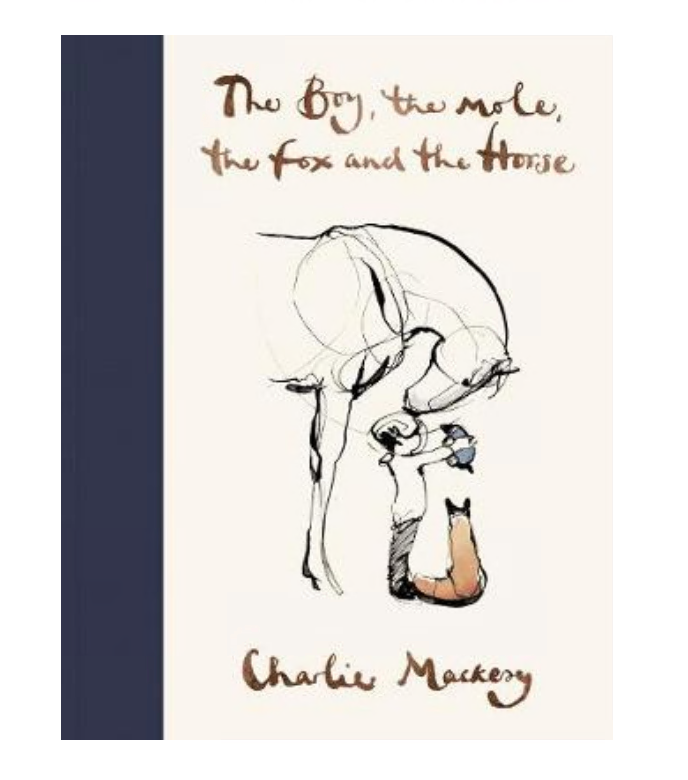 Richard Osman’s debut novel The Thursday Murder Club has been a colossal success since it was published last year, becoming the fastest selling adult crime debut since records began. So does it live up to the hype? Absolutely. In homage to Osman’s gameshow roots, I’ll go as far to say he’s hit the jackpot.

A cosier crime novel to what I would normally read, but what it lacks in grit, it more than makes up for in wit, warmth and charm, which it has in bucket loads.

It centres on a peaceful retirement village called Coopers Chase, and four unlikely friends: Elizabeth, Joyce, Ibrahim and Ron. Every Thursday the wannabe sleuths meet up to investigate unsolved murders, but when a brutal murder takes place right on their doorstep, they suddenly find themselves attempting to solve their first live case.

I loved how it was a different take on the crime genre. You won’t find brooding cops and dark and dreary landscapes, but you will find some brilliant one-liners, twists and turns and characters that you will love spending time with. I particularly felt a soft spot for the kind and unassuming Joyce, baker of vodka-laced lemon drizzle cakes and the main narrator through her diary extracts.

Anyone who is familiar with Richard Osman’s work will recognise his personality and sense of humour weaved through so much of the story. It’s a joyful read, by turns laugh-out-loud funny and deeply moving. It put a big smile on my face, and I’m very much looking forward to enjoying more adventures with the Thursday Murder Club soon (the next one is out in September!). 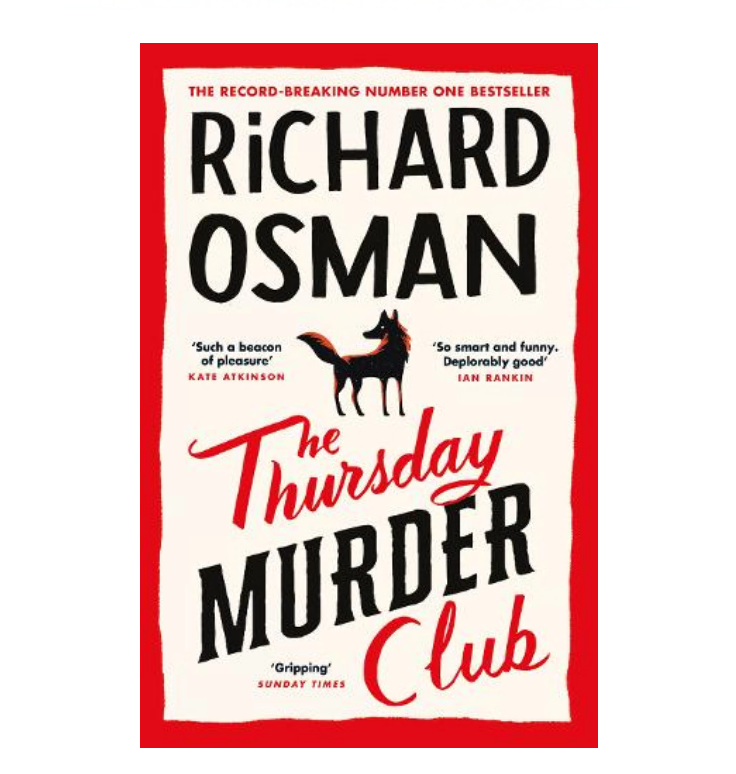 On my bookshelf... Half of a Yellow Sun by Chimamanda Ngozi Adichie

“My mum grew up during the Biafran War (the Nigerian Civil War) and she would tell me stories about it when I was younger. She grew up running from bombs and housing soldiers. But she left Nigeria when she was 11, so although she could see what was happening around her, she didn’t know the historical, political and social context. I had a lot of gaps in my understanding of what she lived through.

Through her novel Half of a Yellow Sun, Chimamanda Ngozi Adichie filled the gaps and educated me. The book was so enlightening and basically tells my mum’s story in so many ways. Reading it, everything started to fall into place and I could make sense of what happened.

I think it’s also an incredibly interesting book. It was the first televised war in this country and it was a war that Britain had an involvement in, so I think it’s important for us all to know that and to know the impact of it. What Chimamanda Ngozi Adichie does so well is she so perfectly writes about the macro and micro. She ‘gets’ people: our feelings, our emotions, the way we think, the way we act – down to the tiniest detail. But yet she is writing about an historical event with such accuracy. She is a philosopher without ever philosophising. I am constantly in awe of the way she writes about race, what it means to be Black and what it means to be a Black African.

There are so many things that you will find in her books that will make us all more mindful of those around us.” 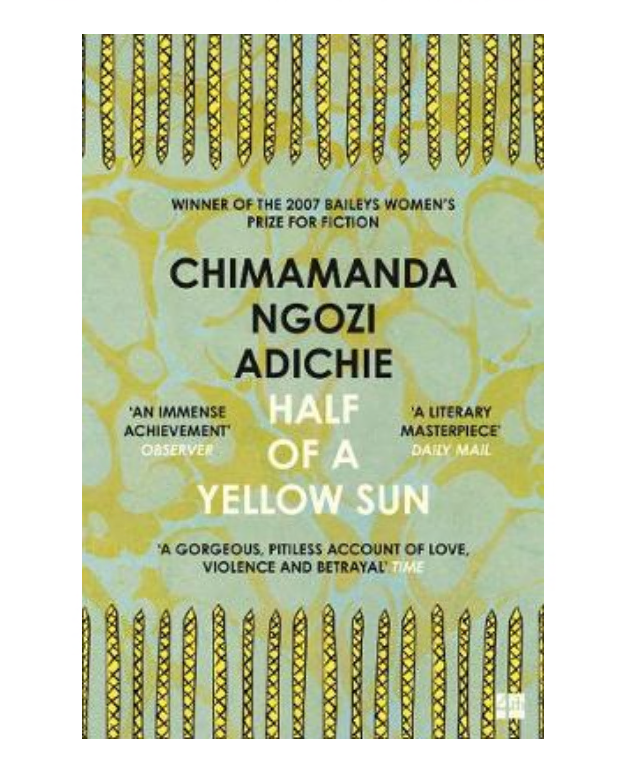 Members can enter our draw for a chance to win a free copy of one of the books included in our book club. All you have to do is click on the button below and fill out the prize draw form telling us which book you would like to win.

The closing date for entry to the free prize draw is two weeks from the date our book club email was sent to members. The prize draw will take place within two weeks of the closing date for entry. Winners will be selected at random. Prize draw entry is restricted to UK residents who are Mind members. Mind employees and their immediate families may not apply, nor may anyone else directly associated with the competition. In case of the winner being under 18 the prize will need to be claimed by a parent or guardian.

If you have any questions, please contact the membership team via email at [email protected] or by telephone on 0208 215 2243.​

You can also catch up with all of the past reviews in our members book club archive.

Do you have another book you'd like to recommend? Are you interested in writing a review to let your fellow Mind members know what you thought of it? Email us at [email protected]